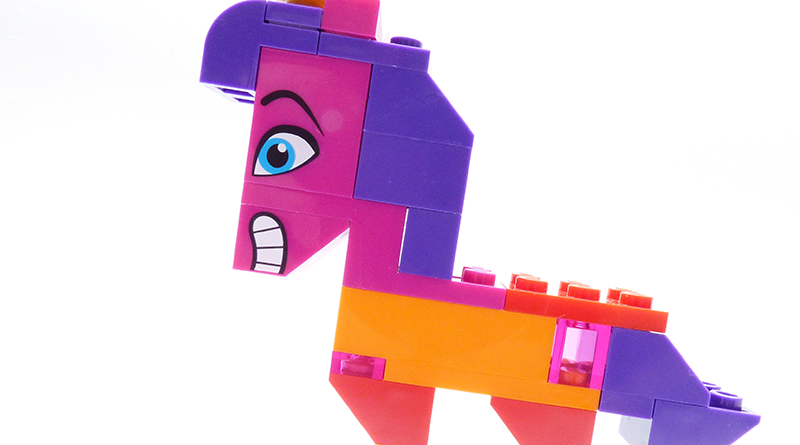 70824 Introducing Queen Watevra Wa’Nabi contains five characters from The LEGO Movie 2: The Second Part. Two of them, including the titular character, are brick built, two are mini-dolls and one is a minifigure. It is an eclectic mix and something of a departure to anything that has been released before. 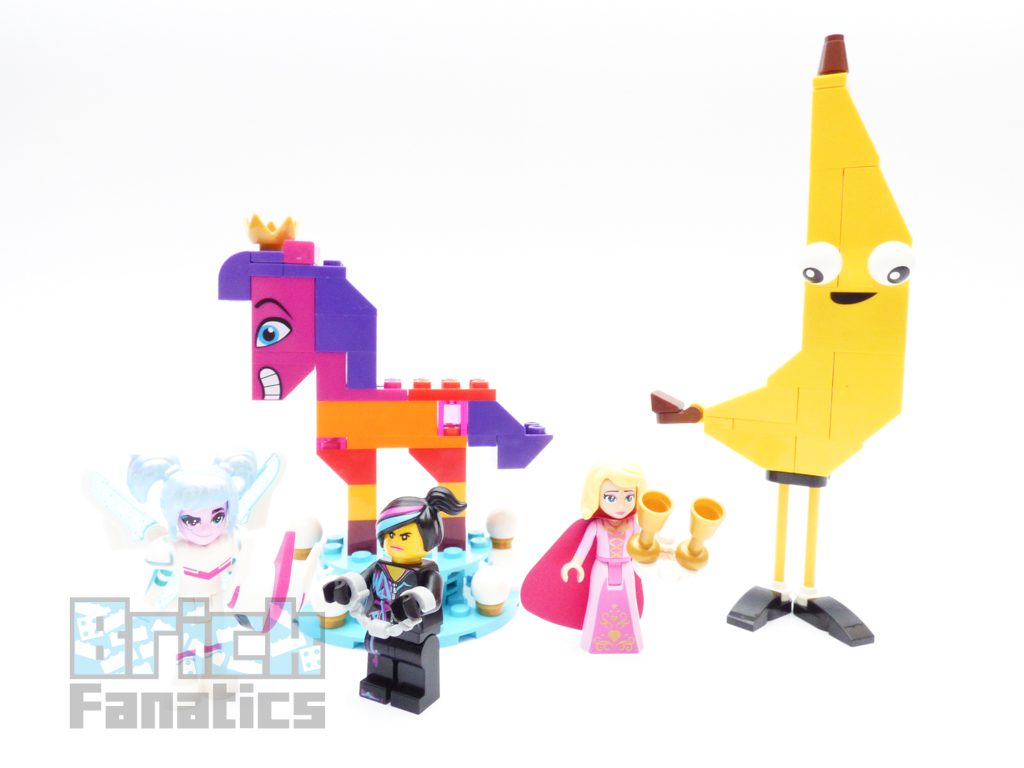 It is very, very rare that the LEGO Group releases a set that involves brick building characters. Cars, houses, aeroplanes, secret bases, space ships… there are a number of subjects that LEGO models revisit again and again. So opening up and starting to build 70824 Introducing Queen Watevra Wa’Nabi is a real breath of fresh air.

Queen Watevra Wa’Nabi is built of simple, typical LEGO bricks. The main version of the character in this set is horse shaped, with printed eyes and mouth pieces to imbue the simple model with character. A nice mix of bright reddish violet, medium lilac and flame yellowish orange bricks make up the Queen, which are nice to get in these shapes and sizes.

In The LEGO Movie 2: The Second Part, Queen Watevra Wa’Nabi tells Batman: “I can change my form to something else if this makes you uncomfortable.” Sure enough, she can be rebuilt into more of a blob form, as seen in the Emmet’s Holiday Party animated short. The build is fine, but for obvious reasons a little less impressive than the horse – which as Batman puts it, is “much more palatable.”

The Queen’s expressions can be changed using extra bricks. While her builds are simple, they are relevant to the on-screen character and give a sense of just how imaginative and wacky this film is liable to be.

She is upstaged by the other buildable character in the box though, with Banarnar the highlight of this set. The character uses simple yellow bricks to build a banana, then more bespoke elements for his eyes and spindly legs. It is one of those character designs that looks funny as is, but will presumably be even funnier when he is seen in action.

Lucy, the artist formerly known as Wyldstyle, is not in her new post-apocalyptic format here, but much closer to her original appearance from The LEGO Movie. Given that she has a handcuff accessory, as presumably Sweet Mayhem turns her in to the Queen, her grumpy expression is the most fitting.

As for Sweet Mayhem, she uses the same pieces as she does in every other set from The LEGO Movie 2: The Second Part theme, which makes for an absolutely incredible mini-doll. Her facial expression is a nice smirk, which is unique to this set.

Susan rounds out the characters in this box. Given that she is depicted carrying a tray of drinks, she seems to be one of Queen Watevra Wa’Nabi’s servants. Her mini-doll features simple printing that looks fine, a little reminiscent of a Disney Princess.

This is one of the first ever sets to mix minifigures and mini-dolls. While Sweet Mayhem also appears in 70834 Metalbeard’s Heavy Metal Motor Trike! (reviewed here), the combination in this set is even more noticeable as Susan is such a traditional mini-doll and Lucy is such a traditional minifigure. Putting the two together in the film was a bold move, but to then put them together in the sets showed commitment to that move, and was a very good call. To not have done so would not have been honest to the film’s content.

What fans who get deep into The LEGO Movie 2: The Second Part theme will find is variety, and 70824 Introducing Queen Watevra Wa’Nabi certainly provides that. It is a big departure from the Apocalypseburg based sets and well worth adding to the LEGO collection. Just try not to smile after finishing building Banarnar. 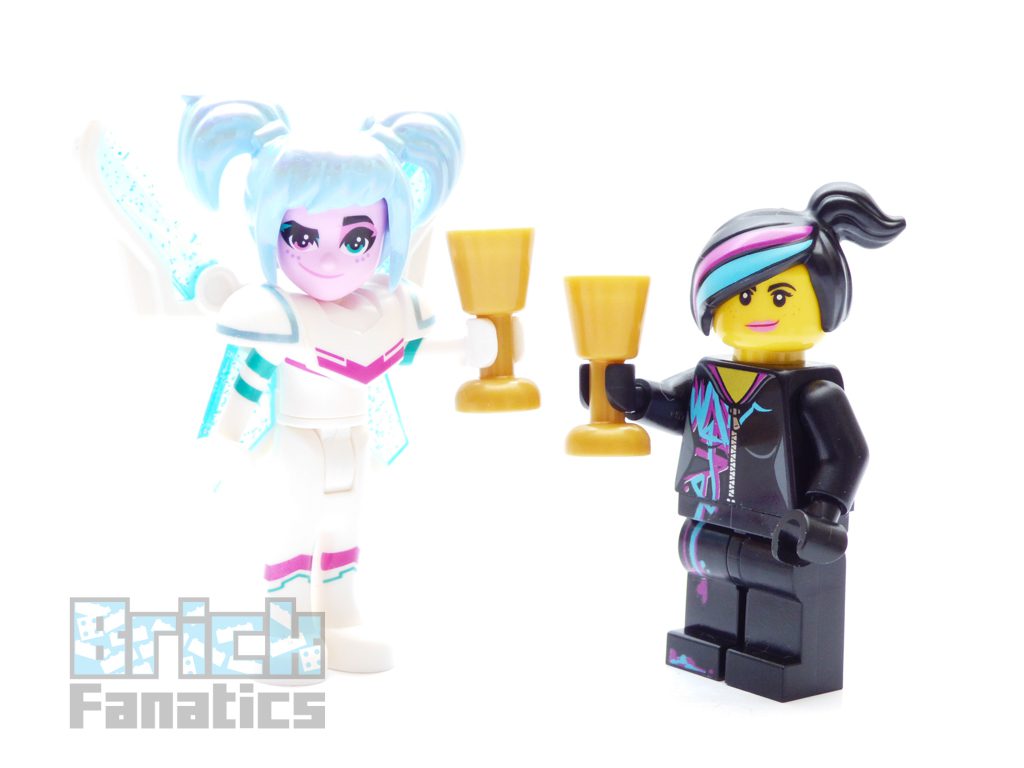