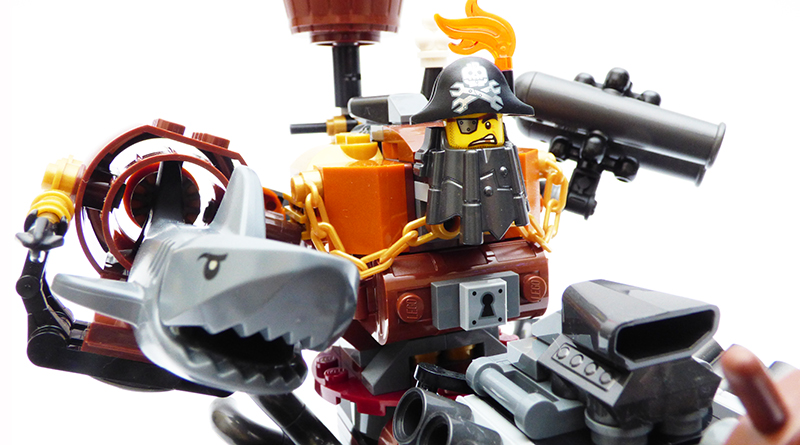 How can a LEGO set that combines a pirate and a motorcycle possibly work? 70834 Metalbeard’s Heavy Metal Motor Trike! decisively answers that question

When the first trailer for The LEGO Movie 2: The Second Part was released, much was made of the post-apocalyptic Bricksburg, Apocalypseburg, being inspired by Mad Max. Despite that comparison, 70834 Metalbeard’s Heavy Metal Motor Trike! is one of the few sets in theme that really deserves to have the influence acknowledged, given the way it adorns a vehicle with steampunk-esque elements. Based on the box art, this is what Metalbeard rebuilds himself into when General Mayhem arrives to disrupt everyday Apocalypeseburg life. 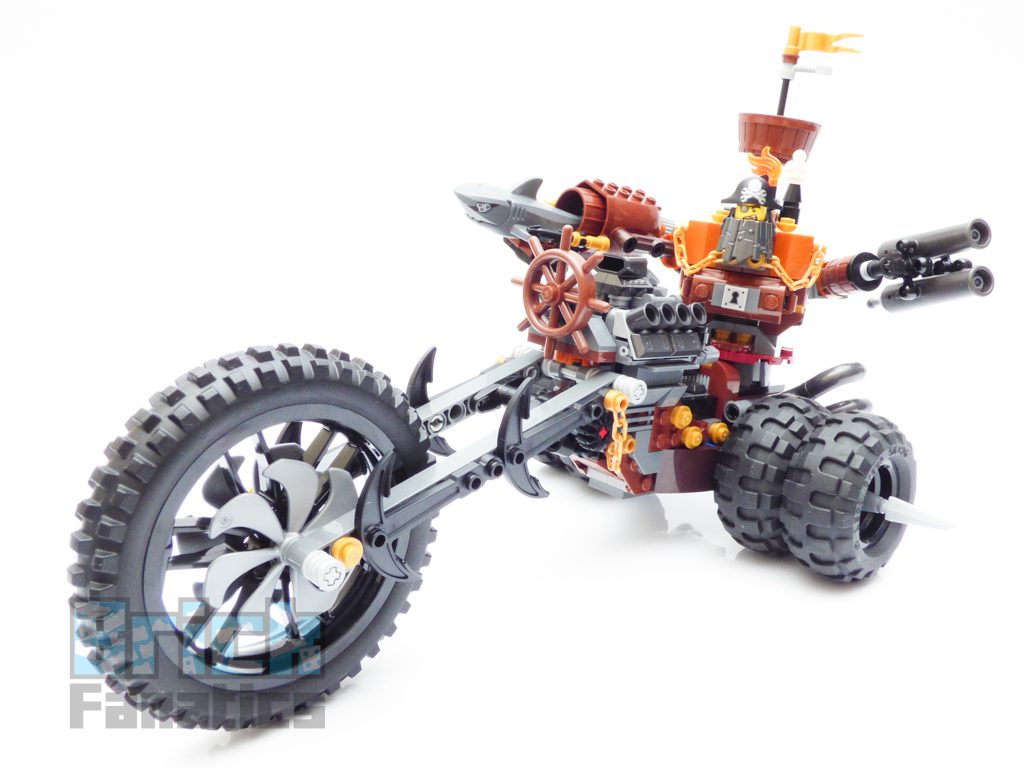 70834 Metalbeard’s Heavy Metal Motor Trike! builds a big, chunky toy, helped by the biggest LEGO wheel and tyre ever released. In theory, this sort of bizarre mash-up should only appeal to young children, yet it is well designed and detailed enough that any LEGO fan should be able to appreciate what has been done here. The designers of the set have successfully combined the world of LEGO Pirates with a post-apocalyptic vehicle.

Building the set is a fast, fun experience involving little repetition. The back of the trike is Metalbeard’s upper torso, although not exactly as it has appeared previously – he really has reconfigured himself quite thoroughly into this vehicular form. Using brown and pearl gold parts in between plenty of greys, the feeling of the LEGO Pirate theme comes across despite this clearly being a wheeled vehicle. Each piece, from the barrel to the wheel, is carefully used so that this does not look like a pirate ship on wheels, but a giant brick built pirate who has transformed himself.

This is what The LEGO Movie 2: The Second Part theme, like the previous movie themes, does so well – it takes subject matter that sounds completely bizarre and that would not usually be of interest, then executes it so successfully that the end result turns out to be extremely appealing.

Firing cannons are a LEGO Pirates mainstay, still going strong 30 years after being introduced. What is more novel and LEGO movie-verse-esque is the inclusion of a firing shark mechanism. Metalbeard’s left arm is ready to launch sharks at his enemies, and the one that is included features a metal eye patch on the current shark mould.

Benny is included in 70834 Metalbeard’s Heavy Metal Motor Trike!, perhaps indicating that he helps Metalbeard turn into this trike, as he seems to have taken the role of town mechanic in Apocalypseburg. This version of the minifigure is different to that found in 70841 Benny’s Space Squad, featuring a “metal” left arm that fits a tube. A visor is also attached to his helmet with a protective screen for welding.

Fans will be most keen to put together General, or Sweet, Mayhem. The character appeared in the first trailer for The LEGO Movie 2: The Second Part, in which she makes a dramatic entrance to kidnap Emmet’s friends. This is the first armoured mini-doll and looks absolutely perfect. A white space age suit with pink accents and sparkly blue wings comes together to perfection, looking like a timeless vision of futuristic space exploration.

Upon removing Mayhem’s helmet, fans will find an angry pink face underneath. It is packed with character and is perfectly complemented by the hair piece. The shiny blue hair element is perfectly sculpted. Fire elements have been re-coloured in sparkly blue to provide energy bursts that can be attached to the mini-doll’s feet.

This is a big, fun, chunky motor trike that makes the absolutely bonkers concept work, genuinely looking like something that could have turned up in Mad Max: Fury Road – if George Miller had been even more out there with his designs. 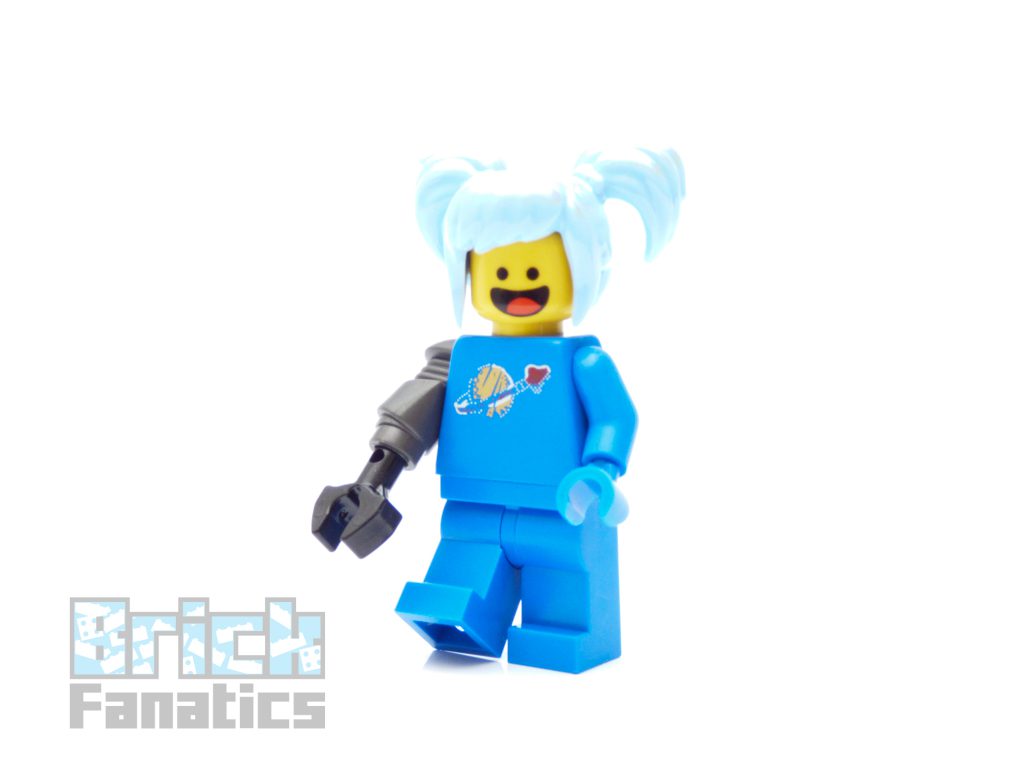