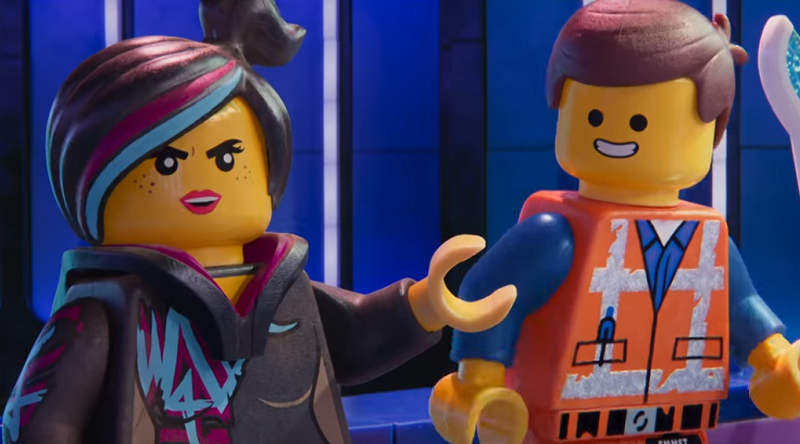 Talk show legend Ellen DeGeneres has had her minifigure moment in a special animated segmented in which she appears with characters from The LEGO Movie 2: The Second Part.

In a fun animated clip that was part of her talk show, Ellen DeGeneres appears as a LEGO minifigure along with characters from The LEGO Movie 2: The Second Part. Emmet, Lucy and General Mayhem all appear on her show as she challenges the trio to the Mt. Saint Ellen challenge from her Game of Games, with them climbing a specially constructed mountain prop to reach one of the LEGO stars at the top.

“It doesn’t matter if you win or lose, it’s how you play the game,” Emmet tries to tell a competitive looking Lucy.

None of the three contestants win, with a fourth participant swooping to victory and being awarded a glittery celebration.

There has been plenty of new animated content surrounding the release of the new film, including a new Turkish Airlines inflight safety video that features characters from the animated sequel.