Batman is back in The LEGO Movie 2: The Second Part, with a new look reflecting the post-apocalyptic world the characters now inhabit.

The LEGO Movie 2: The Second Part is coming next year, with new character Sweet Mayhem already unveiled. As well as additions to the cast, most of The LEGO Movie stars will be returning too, sporting new looks to reflect life in the demolished Bricksburg. Unikitty’s experience in the new world has her looking very different as Ultrakatty, with Wyldstyle also having some costume changes. 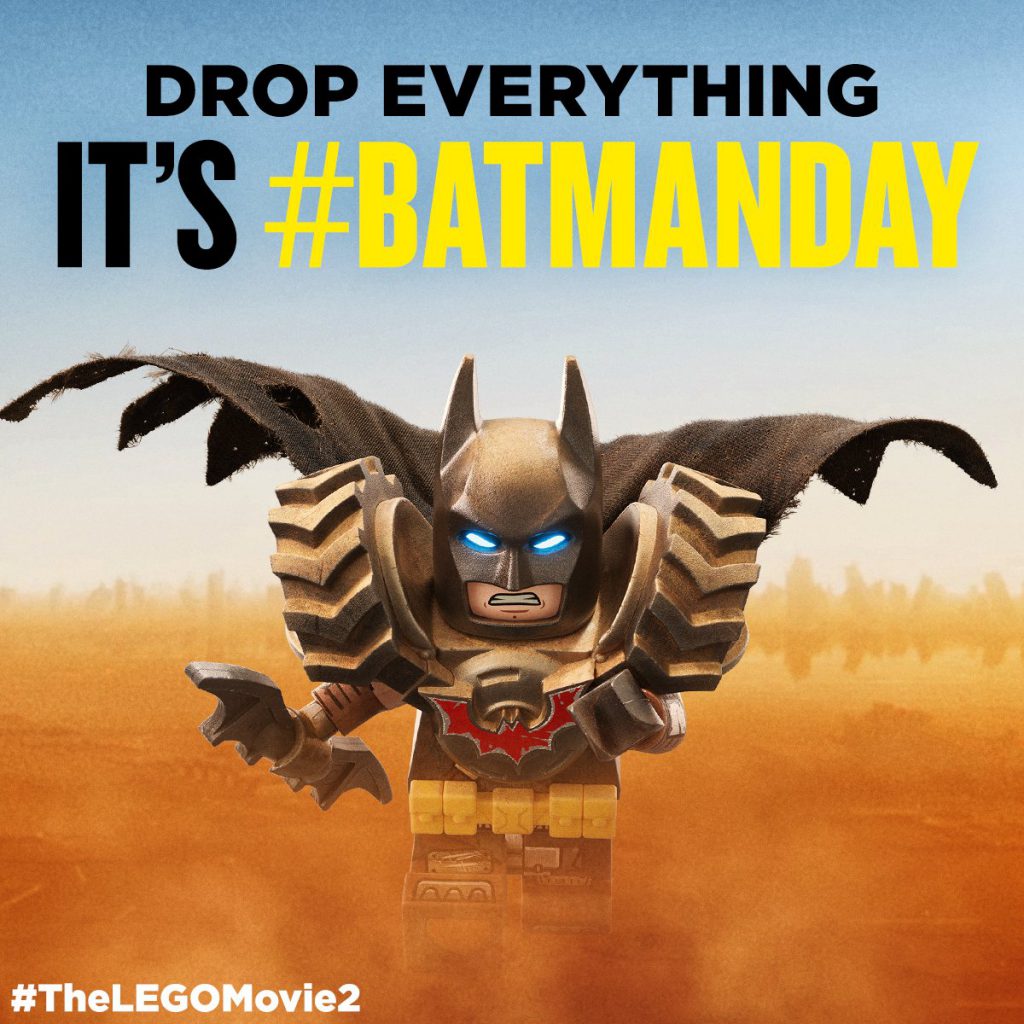 “I mean, every day is my day but I’m glad you’ve finally said it. #BatmanDay,” the Tweet says.

Along with featuring his utility belt piece, that was introduced in The LEGO Batman Movie, the character sports a ragged cape. His new epaulets look to have been crafted from two tyres, with a scrap version of a bat logo attached to the front. It is likely that the physical minifigure will feature this as one big piece rather than as several elements that combine.

The LEGO NINJAGO Movie sets are available to buy now at shop.LEGO.com.