“Oh no, are we in a musical?” asks Lucy – and fortunately for The LEGO Movie 2: The Second Part audiences, yes she is

To coincide with the release of The LEGO Movie 2: The Second Part, in cinemas, Water Tower Records has released the film’s original soundtrack. While The LEGO Movie included Everything is Awesome, an original track that became popular with children following the film release, the sequel includes an array of songs that up the ante on the original.

What works so well about the original songs in The LEGO Movie 2 is that they are that rare type of parody – they fit perfectly into the genre that they are intended to, whilst also mocking its tropes and deconstructing it.
The Tween Dream Remix of Everything is Awesome from Garfunkel and Oates is a great parody of the way that a single hit track immediately receives dozens of remixes in the streaming age, and thankfully manages to get some variety into the song from the original film.

Tiffany Haddish does incredible justice to Not Evil, an absolutely pitch perfect parody of a Disney villain song from John Lajoie. As she sings about the many ways that she is not evil, Queen Whatevra Wa’Nabi manages to tick all of the boxes that the most delightful songs in this musical tradition do – Poor Unfortunate Souls from The Little Mermaid frequently comes to mind.

Even Catchy Song, which felt before the film’s release like it would become nothing but irritating, definitely grows – especially after getting its context within the movie. It is much less annoying and repetitive than Everything is Awesome, which worked in context but was difficult to listen to outside of The LEGO Movie. 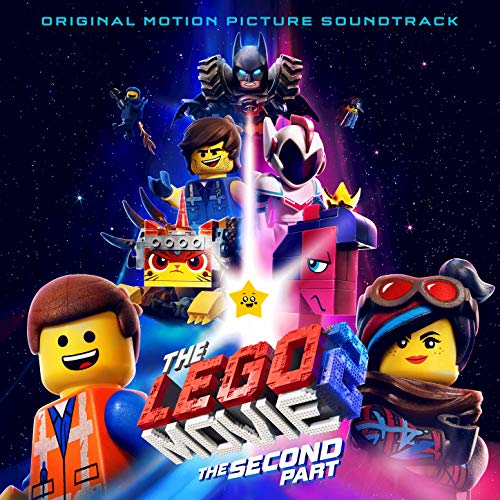 Thankfully Tiffany Haddish – alongside Will Arnett – gets a second John Lajoie penned track, with Gotham City Guys feeling like a big, powerful duet anthem. It is a great example of a song that works on its own merits, but is enhanced by the many Batman movie references peppered throughout.

Super Cool, from Beck, Robyn and The Lonely Island manages to represent a typical peppy song that closes out a children’s film, but rather than singing super-enthusiastic lyrics about friendship, harmony or getting along, it is simply about how great movie credits are. The perfectly pitched positive song is best represented by the lines: “I can’t wait to see the one about who edits the credits” – “and even better than that who edits the credits”.

Matt and Kim’s Come Together Now and Superorganism’s Hello Me & You do not quite live up the rest of the album, falling a little closer to typical tween pop than the rest – but both are enjoyable and still more original than what most animated films provide.

What might most surprise those who felt that Everything is Awesome was an unmitigated success is that Everything’s Not Awesome builds upon it to be an absolute stand out. “Things can’t be awesome all of the time, it’s an unrealistic expectation, but that doesn’t mean that we shouldn’t try” are lyrics that sum up the film’s ambitious message with incredible brevity.

The LEGO Movie 2: The Second Part has an original soundtrack that is a pleasant surprise, definitely worthy of sitting alongside the best animated soundtracks that other, more established animation studios have to offer.

This album was provided for review by Water Tower Records.

The LEGO Movie 2: The Second Part Original Soundtrack is available now at Amazon. You can help support Brick Fanatics’ work by using our affiliate links.