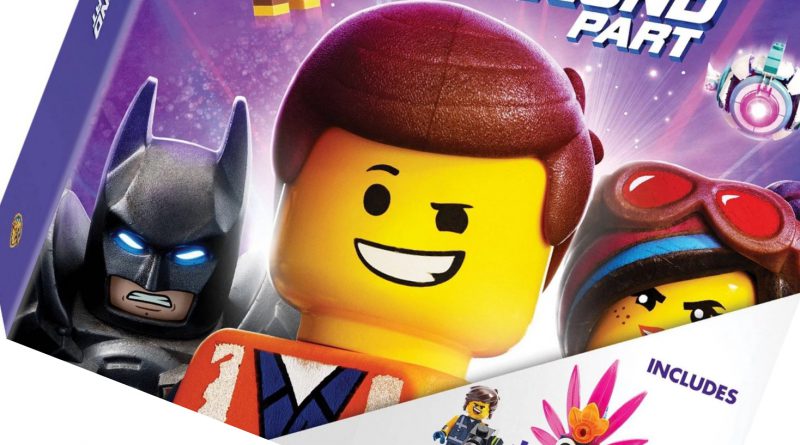 The LEGO Movie 2: The Second Part is released today, with a few retailer exclusive versions of the film available.

With The LEGO Movie 2: The Second Part available now on DVD, Blu-ray, Blu-ray 3D and 4K Ultra HD at retailers including Amazon, some other outlets have exclusive editions for fans to consider.

A fancy steelbook case is exclusive to Zavvi in the UK and Best Buy in the USA, which includes the Blu-ray 3D version of the film.

Target stores in the USA have an exclusive edition of the film, that includes the Blu-ray, the DVD and 30640 Rex’s Plantimal Ambush polybag. The little 32 piece set includes a Rex Dangervest minifigure and buildable plantimal.

Wal*Mart stores in the USA will include a polybag with the Blu-ray and DVD too, in this case 30340 Emmet’s Piece Offering. The 44 piece set includes a buildable heart and an Emmet minifigure.