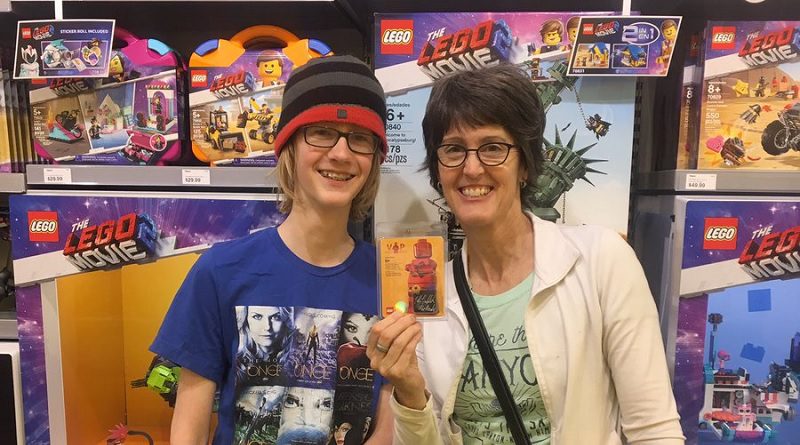 As a fan received a Queen Whatevra Wa’Nabi signed promtional LEGO build, it seems that multiple special edition characters – signed by The LEGO Movie 2: The Second Part actors – were given away at LEGO Stores in the USA.

Yesterday, Brick Fanatics reported on a special edition The LEGO Movie 2: The Second Part Batman minifigure with a tile signed by voice actor Will Arnett that was given away at a LEGO Store in the USA. Now, it turns out that the LEGO Store in Chandler, Arizona gave away a free carded Queen Whatevra Wa’Nabi signed by voice actor Tiffany Haddish, too.

The Brick Fan picked up on a tweet from a fan who went into The LEGO Store for a a few Collectible Minifigures blind bags, and came out with an extremely rare item signed by a movie star.

Went to chandler LEGO store this morning to buy new blind bags for the upcoming LEGO movie 2 and got the surprise of our life! A signed Tiffany Haddish minifigure!! #Legostore pic.twitter.com/4dhL15GYKi

It is a complete surprise of a promotion that received no publicity in advance whatsoever, with minifigures signed by other actors in the film potentially given away at other stores.

A few days ago, The LEGO Movie 2: The Second Part 70840 Welcome to Apocalypseburg! was released exclusively at shop.LEGO.com yesterday.