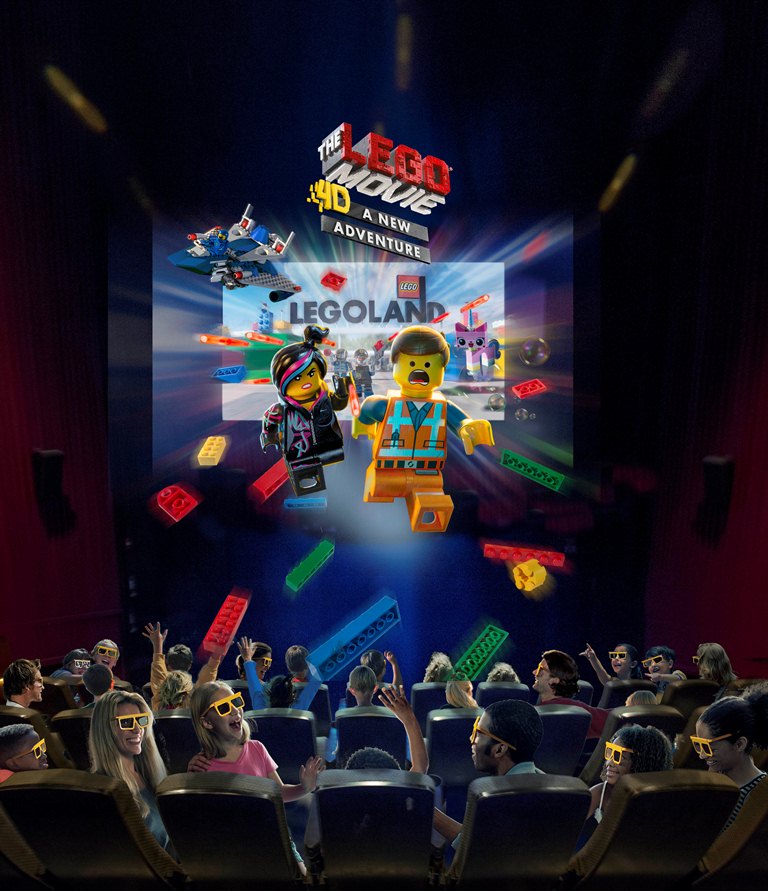 New for 2016 at LEGOLAND® Discovery Centre Manchester and “The LEGO® Movie™ 4D a new adventure” premiering on 12th March and Brick Fanatics are going to be there!

Guests to the LEGOLAND® Discovery Centre Manchester in 2016 should be prepared for some seriously awesome film fun with the opening of an ALL NEW 4D cinema presentation – “The LEGO® Movie™ 4D A New Adventure” on 12 March in an adventure that reunites characters from “The LEGO® Movie™” from Warner Bros. Pictures, Village Roadshow Pictures and LEGO System A/S, and also brings together some of the original voices. Written by Adam Pava (writer of “The Boxtrolls”) and co-written and directed by Rob Schrab (director of the sequel to “The LEGO Movie,” debuting in May of 2018), it features a whole new plot – and mixed with amazing 4D effects, promises a uniquely imaginative interactive guest experience.

“The LEGO Movie 4D A New Adventure” follows a new journey for Emmet, Wyldstyle, Unikitty, Benny and MetalBeard after they receive a mysterious invitation leading them to a new theme park. But not all is as it seems as the heroes are once again thrust into the middle of an evil secret plot, only this time, it will be up to the audience to use their Master Builder skills to help save them. Using elements such as wind, water, smoke and special lighting effects, the larger-than-life experience takes the film’s main characters, Emmet and Wyldstyle, and their friends on another awesome adventure. And watch out for the introduction of a totally new character too as Risky Business joins the cast.

Ticket prices start from just £9.95 per person and under twos go free. Families can take advantage of huge discounts when booking in advance. For more information about the centre, or to book tickets, please visitwww.legolanddiscoverycentre.co.uk/manchester/