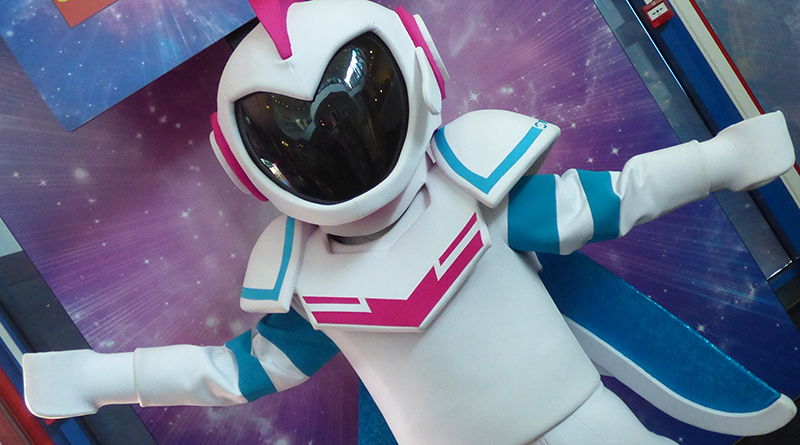 Each weekend throughout March 2019,the LEGOLAND Windsor Resort is hosting The LEGO Movie Days to celebrate the recent release of The LEGO Movie 2: The Second Part. As well as the special activities taking place, a new attraction for the season recreates the physical brick world of Apocalypseburg.

Visiting the park during its opening weekend in 2019, plenty of visitors had turned out to see what The LEGO Movie Days held. Music from The LEGO Movie 2: The Second Part played at the entrance to the theme park, with Lucy ready for photo ops in the Beginning area.

Throughout the LEGOLAND Windsor Resort, guests could find boards with images of characters from the film. While that added to the movie theme-ing, it was the Miniland scavenger hunt that really deserved visitors’ attention. Tracking down all of the characters – Emmet, Lucy, Benny, Unikitty, Rex, Sweet Mayhem and Queen Wat’evra – revealed a hidden word. Those who discovered the password earned an exclusive Sweet Mayhem Pop Badge.

Mosaic Making was taking place in the LEGO Reef, while the Model Making Studio provided the opportunity to rebuild Queen Wat’evra and design post-apocalyptic vehicles.

The LEGO Star Wars shop has been rebranded as The Movie Store, home to the new Apocalypseburg model. This impressive display recreates key sections of the physical movie set, using official The LEGO Movie 2 sets within the layout. Loose bricks are also available for children to build their own apocalyptic settings.

It was next to this display that Sweet Mayhem made her appearance, holding hands with little fans and posing for photographs with guests of all sizes. It seems that she oversaw the sound system too, as familiar catchy pop songs were playing throughout the day.

Further The LEGO Movie Days will be held on March 23, 24, 30 and 31. Tickets can be booked at the official LEGOLAND Windsor Resort website.