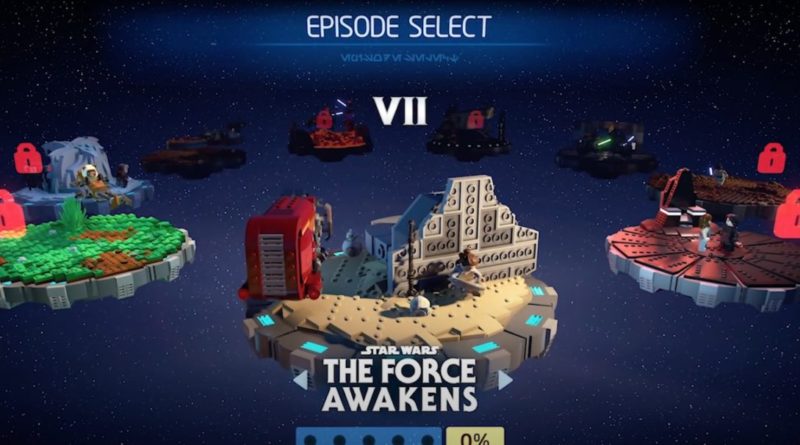 If the LEGO Group is considering making more diorama sets, then LEGO Star Wars: The Skywalker Saga could be a good source of inspiration.

The new sets also feature black display bases that are 20 studs deep, plus a tile printed with a specific quote from each scene in question. In addition, another new LEGO diorama is due to arrive on the same day in the shape of 76956 T. rex Breakout, based on the classic scene from the original Jurassic Park.

This could suggest that even more diorama-style sets may be on the way in the future, although nothing has been confirmed by the LEGO Group so far. With that in mind, we’d like to suggest that LEGO Star Wars: The Skywalker Saga could easily be a contender for potential source material. The upcoming game includes an Episode Select screen that features nine such dioramas, one for each of the core films in the series.

Scrolling through each episode allows players to choose which story mission they want to explore next, starting with The Phantom Menace, A New Hope or The Force Awakens. Each episode is represented by a unique diorama that manages to pack in a snapshot scene from that specific film, along with minifigures and plenty of TT Games humour.

Any one of these dioramas would make for a great set and the size of each scene could also potentially mean slightly more affordable prices than the upcoming LEGO Star Wars Diorama Collection. The least-expensive of those sets is 75329 Death Star Trench Run Diorama, which retails for £54.99 / $59.99 / €59.99, but smaller sets priced accordingly and even just more dioramas would certainly be welcomed. In fact one enterprising Reddit user has already created his own custom prequels diorama sets as digital models.