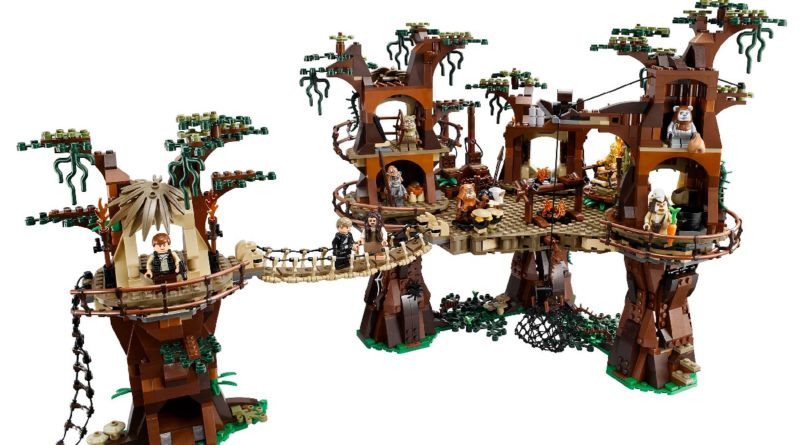 Rumours of a LEGO Star Wars set featuring an Ewok this summer have surfaced, but it’s not the first time the furry warriors received minifigures.

According to a recent batch of LEGO Star Wars summer 2022 rumours, which have yet to be officially confirmed and should be taken with caution, Wicket is coming back to the theme in a 4+ AT-ST set.

The Ewok is one of a few LEGO Star Wars minifigures based on the species that have been released. First, less detailed versions of Wicket and Paploo were available in 7139 Ewok Attack from 2002. The two Ewoks then received a makeover and were joined by Chief Chirpa in 8038 The Battle of Endor in 2009.

Following this, two new Ewoks – Logray and Tokkat – were included in 7956 Ewok Attack. In 2011, the Ewok minifigure population was up to five different characters. However, that would change in 2013 with the release of 10236 Ewok Village, introducing an Ewok warrior and Teebo.

Only two years later, the Ewok warrior would reappear in the LEGO Star Wars 2015 advent calendar. Then, there was a four-year wait until 2019 then Wicket would return in 75238 Action Battle Endor Assault.

Now, rumours suggest that Wicket is coming back in summer 2022. This has yet to be confirmed, though it might offer another opportunity for you to add an Ewok to your collection without having to resort to the secondary market.