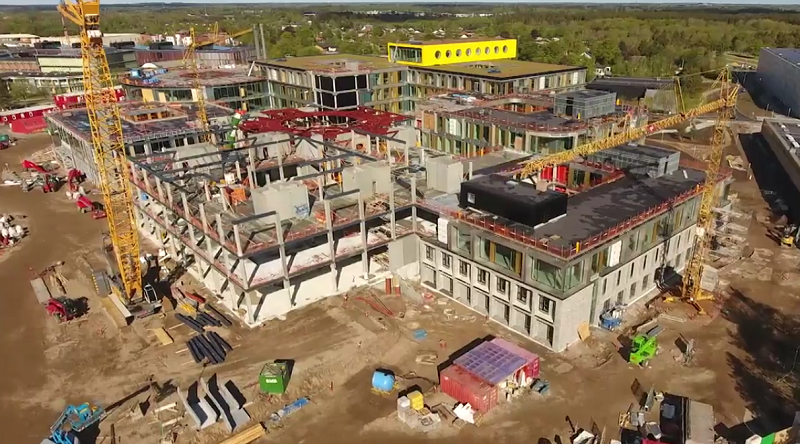 Drone footage has been shared of the new LEGO campus that is under construction in the LEGO Group’s hometown.

Over in Billund, Denmark, the LEGO Group is re-shaping the town with a new campus that will include plenty of new office space along with other facilities for employees. Construction began in 2017, and while some employees will move in later this year, the new campus will not be complete until 2021.

This new drone footage reveals the progress that has been made so far.

A giant 1×4 brick was recently delivered and installed above an entrance at the new campus, which will initially house 2,000 employees, including the senior management. Facilities including a gym are expected to be part of the new campus, that when completed will provide a hub for the various LEGO buildings around it.

With this coming after the opening the LEGO House in the last couple of years, Billund is being re-shaped by the LEGO Group, with these modern structures contrasting with the traditional farmhouses that are found in the surrounding area.