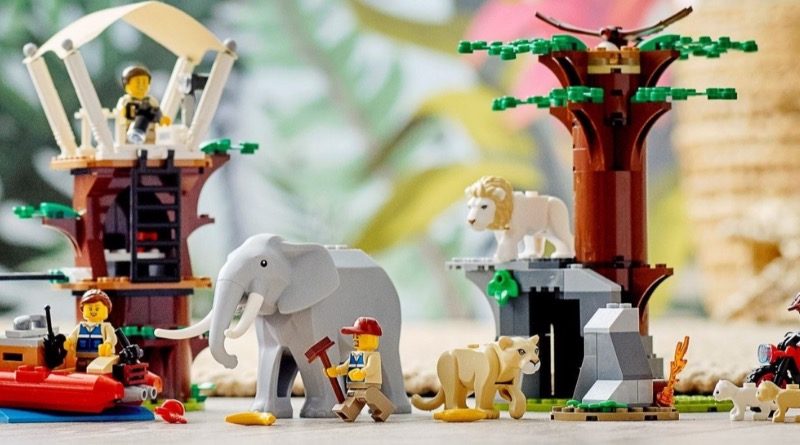 A LEGO designer has revealed that this summer’s brand new LEGO CITY elephants were actually teased three months ago in a Creator 3-in-1 set.

The latest wave of LEGO CITY sets takes the action to the Savannah, and in doing so introduces a massive menagerie of moulded animals – including new monkeys, big cats and elephants, the latter of which you’ll find exclusively in 60302 Wildlife Rescue Operation and 60307 Wildlife Rescue Camp.

Creator 3-in-1 designer George Gilliatt has now revealed that those giants of the animal kingdom were actually teased all the way back in March, in 31116 Safari Wildlife Tree House. Beyond just the obvious thematic connection between the two sets, the Creator 3-in-1 model contains a printed tile featuring ‘prototype versions’ of the new elephants.

Of course, given this is a pretty prototypical elephant silhouette, the only real giveaway that it has any LEGO connection is in those two studs atop its back, which are pretty easy to miss. That’s our excuse for not spotting it in our review, anyway, and we’re sticking to it.

This news does now beg the question, though: what other teases have we all, collectively (we’re lumping you in with us, reader) missed in official sets? Should we be looking for clues to 2022 products in the summer releases? We’ll certainly be keeping our eyes peeled from here on…