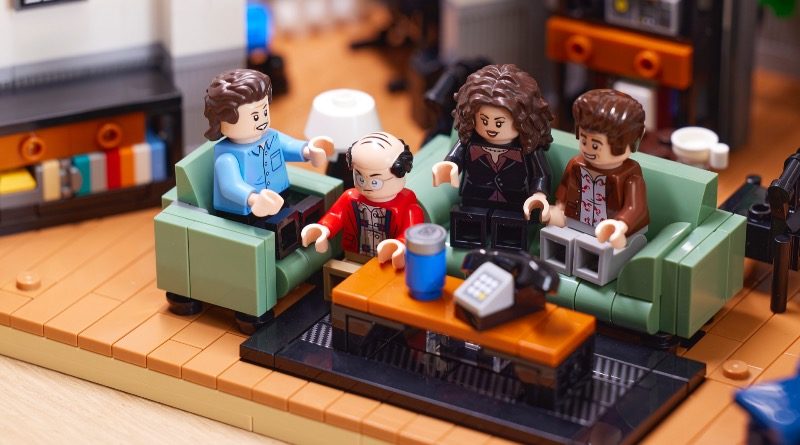 Anyone and everyone can now purchase the new LEGO Ideas 21328 Seinfeld as the set receives its wide release with plenty for sitcom-lovers to enjoy.

The latest model from LEGO Ideas returns to the world of TV shows, specifically Seinfeld in the show’s LEGO debut. 21328 Seinfeld depicts the titular character’s apartment with plenty of references to dig into.

From a sneaky Superman to a coffee table book about coffee tables, fans of the sitcom will no doubt recognise and cherish the attention to detail that the LEGO designers have integrated within the set.

We discuss 10 of the best Easter eggs here, but some of our favourites include one that could only be done in an 18+ LEGO for Adults set. The references extend beyond stickers as a side build is featured as a small stage for Jerry Seinfeld to perform on, introducing the rest of the model and catering to those with limited shelf space.

LEGO Ideas 21328 Seinfeld was released earlier in July for VIP members but with the arrival of the wide release, fans waiting to pick up the set can indulge in the latest brick-built sitcom, or return to the world of Friends in 10292 The Friends apartments.

Support the work that Brick Fanatics does by purchasing your copy of LEGO Ideas 21328 Seinfeld through one of our affiliate links.