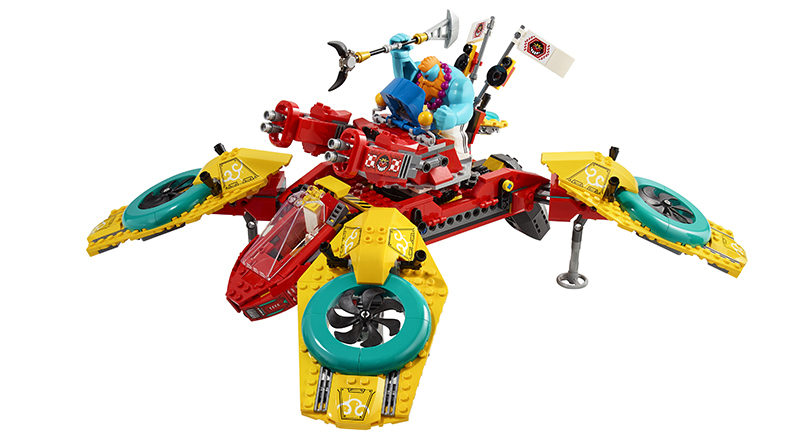 The upcoming 80023 Monkie Kid’s Team Dronecopter has been added to the official online LEGO store giving fans a closer look at the details and price of the set.

As part of the LEGO Group’s celebrations of Chinese culture, the set was revealed last year alongside seasonal models such as 80106 Story of Nian and 80107 Spring Lantern Festival. Unlike the other reveals, the new Monkie Kid was not set to launch until March 1. However, a new listing on LEGO.com has revealed new images and details such as price and piece count.

The build consists of a huge dronecopter carrying two shipping crates, each containing part of a based for the Monkie Kid team. A set of enemies are also included with a spider-themed crate featuring a shooter and satellite dish. Side-builds also include a cat-box shaped flyer for Sandy’s cat. The cockpit of the dronecopter can also eject to form a separate speedboat.