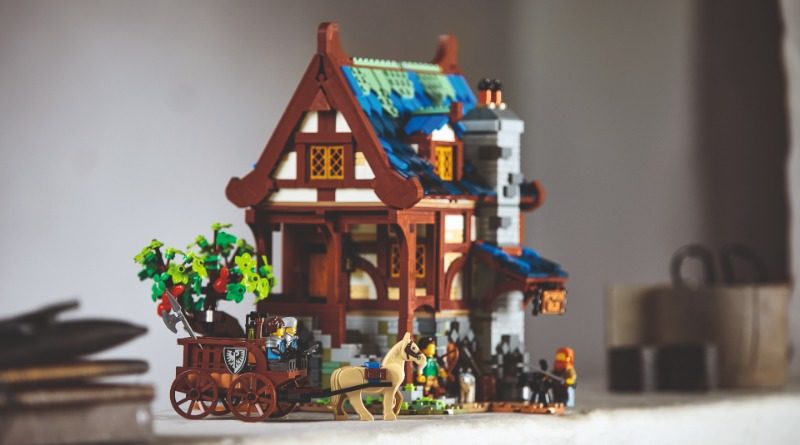 The winners for the LEGO Ideas blacksmith brickfilm contest have been announced, with the videos imagining life without the unsung hero of the Middle Ages.

Another LEGO Ideas contest has fully come to a close with the winners of the contest themed to 21325 Medieval Blacksmith now having been decided on and revealed via the LEGO Ideas blog, where you can watch them all in full.

If you hadn’t heard, the original contest pitted builders against each other to film their own stop-motion video recreating a world where the blacksmith never existed, a world without nails, armour, weapons and more. Three entries were chosen with one being the grand prize winner and two being runners-up.

First place goes to LEGOParadise and their Art of the Anvil video, which showcases both the creation of the items used, and what certain situations would be like without them. They’ve won 21325 Medieval Blacksmith, 21322 Pirates of Barracuda Bay and 10223 Kingdoms Joust.

In second place is SPELBRICKS with Better Times are Coming. Their video features the blacksmith arriving in a town where folks are struggling, improving their lives with his metallic marvels. They’re walking away with 21325 Medieval Blacksmith, 92177 Ship in a Bottle, 40448 Vintage Car and the retired 7952 Kingdoms Advent Calendar.

And coming in third was Korneplod and their swords-free brickfilm. This movie entry has warriors on a battlefield figuring out what else they can do when their weaponry disappears, such as sleeping, cooking and inventing video games.

The end of this contest means that LEGO Ideas only has one other competition currently active, with it still accepting entries and the winners going on display at the LEGO House.