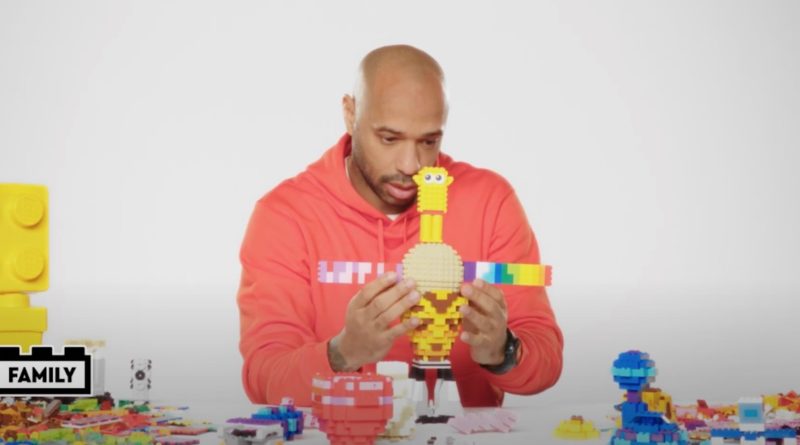 The LEGO Group is celebrating its 90th Anniversary this year with a variety of events, reimagined classic sets and a microscale contest. In addition, a number of celebrities are also getting involved with the birthday milestone, including singer Alicia Keys who recently took to social media to discuss the impact of play on her life.

Now, international footballing sensation Thierry Henry has joined in with all of the celebratory fun and games. In a new video posted on the company’s official YouTube channel, Henry takes the 90 Second LEGO Challenge to find out just how good his building skills are.

The former striker is set a quick test to construct a trophy ‘fit for a champion’ before a timer runs outs. Whilst building his model, Henry talks about how he shares moments with his children when they make LEGO sets together, who his dream teammate is and how he could even score a goal with a melon.

Thinking outside the box, Henry builds a unique trophy with his own personal stamp on it and demonstrates just how creative he can be with LEGO pieces. The footballer ends the video with his own challenge for LEGO builders to make a sporty model with character and post images to social media with the hashtag, ‘LEGO90Years’.