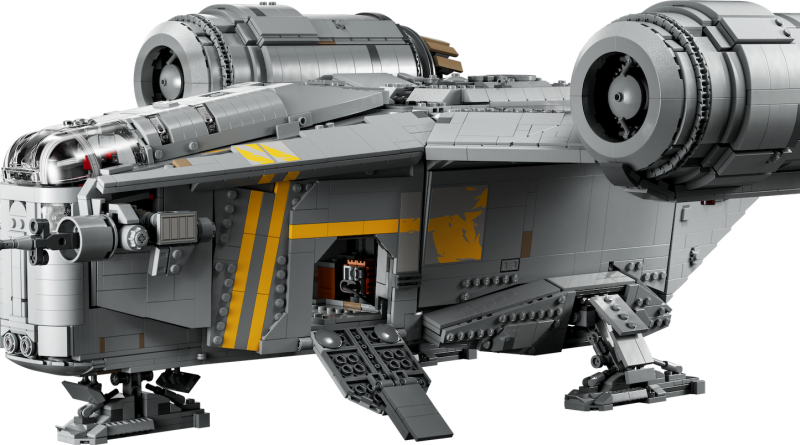 75331 The Razor Crest may be packed with features and details, but there are three things we’d like to have seen included in the UCS set.

Thanks to the LEGO Group’s social media platforms dropping a brand-new video today focusing on the latest LEGO Star Wars Ultimate Collector Series set, fans can at last take a look at how the build comes together and exactly what’s to be found within the ship’s detailed interior.

75331 The Razor Crest is the third largest LEGO Star Wars set of all time and clocks in at a whopping 6,187 pieces. With that many elements, it certainly won’t be a model you’ll be completing in just one building session. However, for all the incredible details, features and Easter eggs packed into the UCS set, there are still a few additional things we’d like to have seen included, based on what we know about the model so far:

Okay, so the sheer size and weight of the model may made this feature technically unworkable or cost-prohibitive, but it’s interesting to wonder if the LEGO Star Wars design team ever considered adding that sort of functionality at any stage. Having the ability to lower and raise the Razor Crest’s three landing gears would certainly have been a feature welcomed by fans of the ship, making the build even more accurate.

Whilst the inclusion of an all-new design for The Mandalorian himself, plus Mythrol and Kuiil making their debut is certainly appreciated, we can’t help wondering what other minifigures could have been included in the UCS set. An updated Ahsoka wouldn’t have gone amiss, especially considering that the character was rumoured to be appearing in 75331 The Razor Crest at one point. We’d also like to have seen a red-eyed Jawa as part of the set’s minifigure line-up and why not throw in Werner Herzog’s The Client or a Remnant Stormtrooper while we’re at it?

Considering that the latest UCS set is such an expensive purchase, we’re surprised that the build still includes a number of stickers. We’ve mentioned as much in our unboxing video here and more printed pieces for the pricey model would definitely have been well-received. Likewise, the ‘information plaque’ included with 75331 The Razor Crest is yet another sticker, although the LEGO Group has confirmed that will be changing for LEGO Star Wars UCS sets at some point going forward.