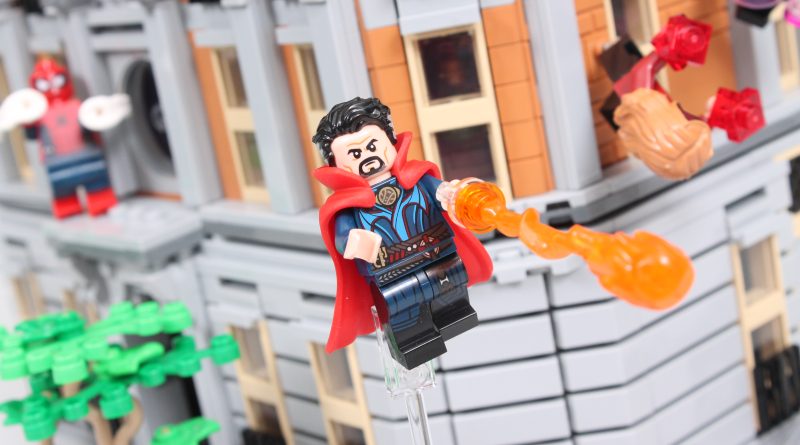 LEGO Marvel 76218 Sanctum Sanctorum was launched earlier this month, and now that the model is out, there are a few things missing in the set.

76218 Sanctum Sanctorum isn’t the first LEGO recreation of the Sanctum Sanctorum, and those previous builds and a few others reveal some missing elements that aren’t included in the set for unknown reasons.

That’s not the say the modular model needed any of these, but it provides an interesting point of comparison to what it could have had in an ideal world.

In 76108 Sanctum Sanctorum Showdown, Ebony Maw was joined by a larger figure of Cull Obisidian using a specialised piece. With this model being four years old, that presents an issue as far as bringing back Cull Obsidian in 76218 Sanctum Sanctorum goes as it’s likely that piece has been retired after being included in just one set.

Still, having a new version of Cull Obsidian alongside the update Ebony Maw in 76218 Sanctum Sanctorum would have been a nice touch but for now, you’ll have to resort to the secondary market to reunite them unless you have the 2018 model already.

71031 Marvel Studios included a minifigure of Scarlet Witch with arm and leg printing, though that detail was traded for printing on the hair piece in 76218 Sanctum Sanctorum. With the Collectible Minifigures Series being a more recent entry and potentially easier to track down, you could combine these two minifigures into the most accurate LEGO Marvel Scarlet Witch minifigure yet.

Earlier in 2022, the same year that 76218 Sanctum Sanctorum released, 76205 Gargantos Showdown included a minifigure of America Chavez from Doctor Strange in the Multiverse of Madness. However, 76218 Sanctum includes a variety of exclusive minifigures based on the film but does not include America Chavez.

This could be a decision made to not encroach on the appeal of 76205 Gargantos Showdown but it’s still notable to see that such a recent minifigure isn’t included in the larger set, even though they are both currently in production.

Either way, there’s still a lot to look forward to in 76218 Sanctum Sanctorum and, as we explored in our review, it’s an ambitious build that taps into the very best builds that the Modular Buildings Collection has to offer.

Support the work that Brick Fanatics does by reaching into the multiverse and purchasing your LEGO Marvel sets through one of our affiliate links.