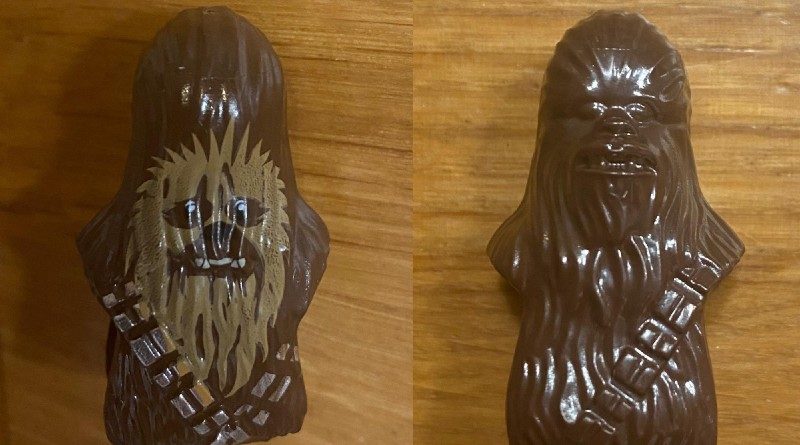 A rare LEGO misprint might just have resulted in the most disturbing LEGO Star Wars piece yet, perhaps even the creepiest LEGO print of all.

When you think of Star Wars’ Chewbacca, you think of the rugged but loveable character covered in fur and frequently seen piloting the Millenium Falcon. However, this particular Chewbacca might have difficulty with that, as his face is entirely the wrong direction.

LEGO misprints are incredibly rare and can fetch a high price on the secondary market, at least according to collector Kevin Downard, anyway, who told Firestar Toys that double prints can be worth quite a lot.

Money aside, this poor Wookiee won’t be flying anytime soon with his face printed on the back of his head piece, leaving a strange, face–shaped lump on the front of the head. Perhaps both of these are functioning faces, or maybe it’s better not to think about it. The piece was reported to the LEGO subreddit by user Farookbuls4r4 who had purchased 75290 Mos Eisley Cantina for his son before finding the misprint.

Hopefully, the LEGO Group is able to provide a fresh replacement for the piece so that the popular character can get back to the cantina safely, either way, the Reddit user now holds a rare piece of LEGO misprint history.