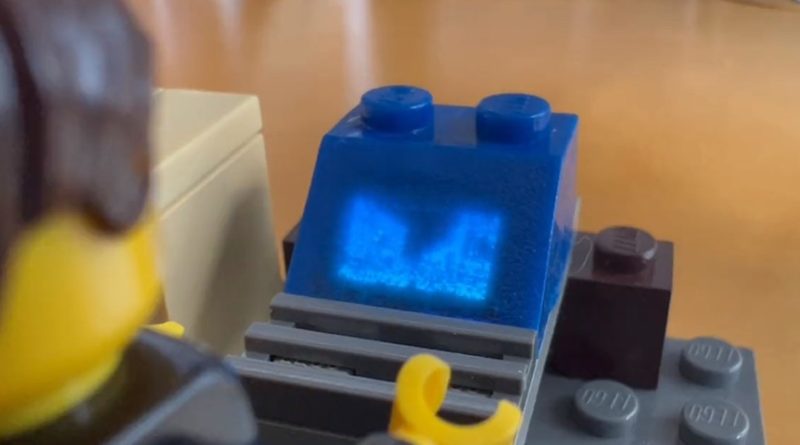 Following on from the initial reveal, Twitter user James Brown has made a change to their electronic LEGO brick so that you play Doom on it.

In case you missed our initial report, James Brown on Twitter has created a 3D-printed LEGO brick with an electronic insert that can make the brick appear as if it has scrolling text, flashing lights and more like it was a working computer. However, this evidently wasn’t enough for them.

Being able to run the game Doom on an electronic device is a popular method for testing the capabilities of an item devised by the internet, and it’s become a meme as you might expect. Inspired by this revelation the mind behind the invention made a few modifications so that it can be used as a 72×40 monitor that you can play the game.

While using such a small screen for any game isn’t advised, it makes this invention even more impressive, bringing video games directly to minifigures on a screen suitably sized for them.

This isn’t the first time that the worlds of technology and LEGO have crossed as another fan previously devised an app that recognises specific bricks, though that doesn’t make this small brick-sized screen any less impressive, even if it’s highly unlikely that such a function would ever make its way into an official LEGO set.