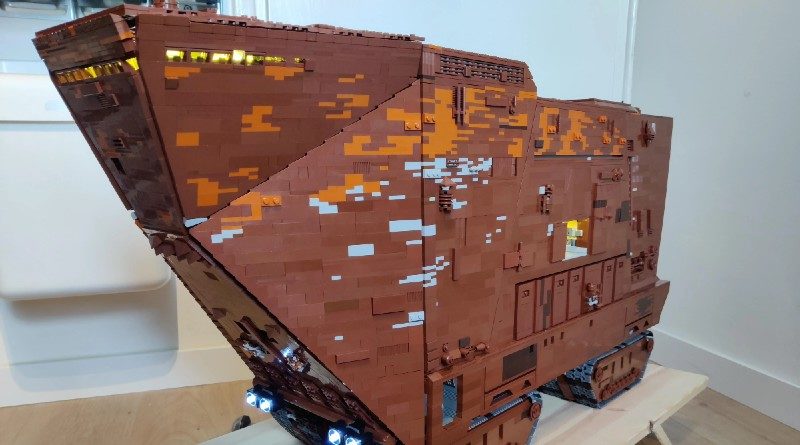 A LEGO fan has built a full minifigure-scale Star Wars Sandcrawler, with complete interior, and the massive model actually moves.

if the LEGO Group’s past models of the Star Wars Sandcrawler vehicle have never truly measured up to the size of the fictional behemoth, then one Reddit user might have the answer for you.

LITE-it-UP took to the LEGO subreddit to show off their latest project, a minifigure-scale Sandcrawler made up of more than 13,000 pieces. It should be stated that this model was not designed by the user, who instead used instructions from Cavegod on Rebrickable. Nevertheless, the dedication to source all 13,000+ pieces must have been an effort in itself.

The model features a vast exterior with a full interior too, so you’ll need plenty of LEGO Jawas to populate it, and perhaps a few droids. From the pictures, it looks like the metallic interior is decorated with all kinds of greys and grilles.

Another notable feat that the user achieved was motorizing the model, as shown in another Reddit post. Using 6 motors the model is able to move forwards and backwards and the main door can be opened. According to the builder the final model weighs around 20kg and cost them €2500 to put together, certainly more expensive than either 75204 Sandcrawler or 75220 Sandcrawler.