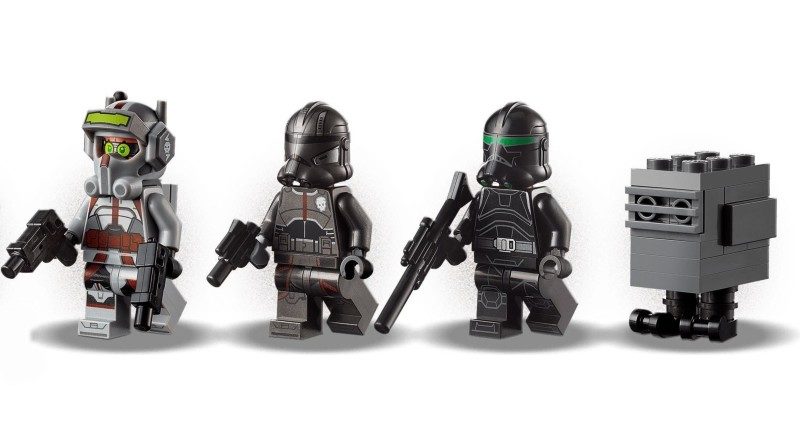 LEGO Star Wars 75314 The Bad Batch Attack Shuttle contains all the minifigures you’d expect from the elite team, but the inclusion of a Gonk Droid may have puzzled many – until now.

Be warned, this article contains spoilers for the second episode of Star Wars: The Bad Batch, which is now available to watch on Disney+ following the release of the first on May the Fourth.

The character selection in 75314 The Bad Batch Attack Shuttle is surprisingly indicative of the animated show as we discussed in another spoiler-filled article, though you should be fine to read it if you’ve seen the first episode. The second in the series reveals that this includes the Gonk Droid, as the apparent sixth member to the elite squadron.

Towards the end of Cut and Run, just before the credits roll, a few shots of the interior of the shuttle close out the episode as the team retreats from Saleucami. The first of these shows the cockpit of the craft, where Tech and Echo work to pilot the ship whilst Wrecker gets some exercise into his busy schedule.

The weight that Wrecker lifts is none other than the Gonk Droid, explaining why the character features in 75314 The Bad Batch Attack Shuttle. It also means that the set can recreate scenes from multiple episodes of the show with the speeder bikes and the makeshift exercise equipment. We’ve yet to see how the former play into the series as a whole beyond the trailers for now though.