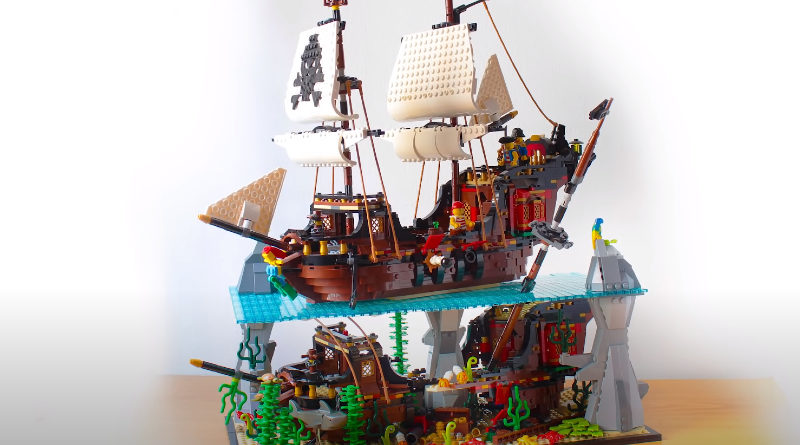 A builder has created a multi-level undersea diorama that tells the tale of the Creator 31109 Pirate Ship crew’s fate beneath the waves.

LEGO Pirate enthusiasts will want to see this latest build from YouTuber Hachiroku24 as the builder has embarked on one of their biggest models to date. By incorporating two copies of 31109 Pirate Ship the diorama can hint at a narrative for the sailors aboard.

The top level of the build features a complete 31109 Pirate Ship suspended on a transparent layer of blue tiles, with action features such as a firing cannon paused in time. You can follow along with the video below, which also features a step-by-step tutorial.

Lying at the bottom of the sea is the wreck of a previous vessel that the set sails above, or could this be an ominous hint that the battle signalled by cannon fire won’t end in the crew’s favour?

Either way, the shipwreck is covered in sea life such as some money-loving hermit crabs while a shark and some turtles swim by. Some rocky pillars add verticality and structure between the level, while also giving a reason as the ship’s crash, with one positioned right in the centre of the wreck.

You’ll likely need 31109 Pirate Ship to pursue this build for yourself, thankfully the Creator set is available now from the official online store.