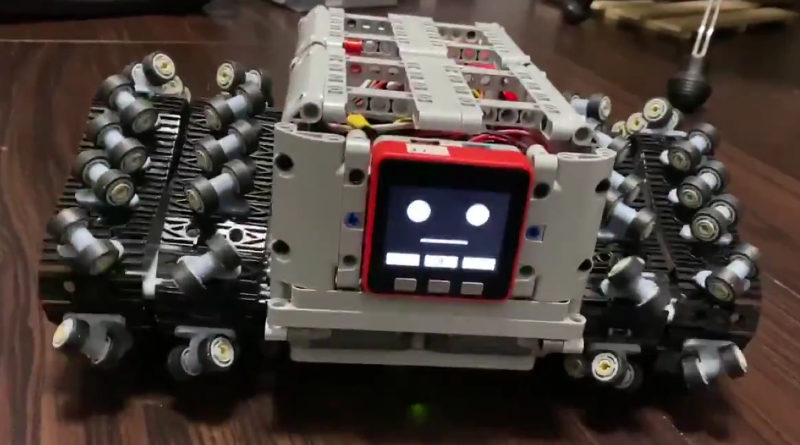 A LEGO fan has created an ingenious LEGO rover that can travel in all four directions without needing to turn, all with one additional piece.

The crawler, known as the sea cucumber, uses a LEGO frame and tracks as well as official LEGO motors. The build uses very few non-LEGO pieces, most of which are only used to control or give an entertaining face to the model.

The creator, who goes by the Twitter handle of nisshan_ uses a unique element attached to every other track element. The piece was 3D printed and holds a set of LEGO wheels at an angle, similar in design to Mecanum wheels, which allow a vehicle to move in any direction.

As a result of this unique element, this crawler can move sideways on its tracks. The sea cucumber is controlled with ROS, otherwise known as the Robot Operating System, running on a Raspberry Pi. However, it’s not hard to imagine it being controlled with official LEGO systems too.

As impressive as this build is, nisshan_ has since upgraded the model which has been shown off in a new video on Twitter. The trilobite is a new, more compact version of the sea cucumber that uses a single set of two tracks with the 3D printed element on each side.