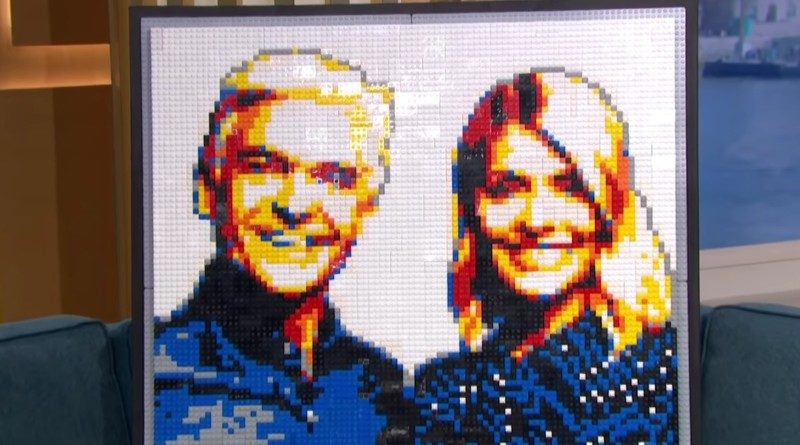 The hosts of popular UK TV show Holly Willoughby and Phillip Schofield have received their own brick–built portrait from a LEGO artist.

The This Morning YouTube channel has uploaded a segment of the most recent episode of the UK TV show, revealing a huge LEGO portrait of the host duo and the artist behind the piece.

Charlotte Tyrer is the mind behind the build who decided to begin building portraits of various icons after being furloughed due to lockdown procedures. The portrait is similar to the LEGO Art collection in that it uses single stud bricks on a larger frame, however, on a much bigger scale, Charlotte even signed it in the bottom right corner. To achieve a more eye–catching effect the portrait is placed about one brick higher than the rest of the frame, or in front at the angled position.

The artist isn’t just stopping at the host duo though and has created artwork of David Bowie, the Queen and Dolly Parton, the latter of which proved a challenge for Charlotte due to the singer’s hair. Each of the pieces is commissioned and take Charlotte about 10 hours to build, selling them for between £300 and £500.