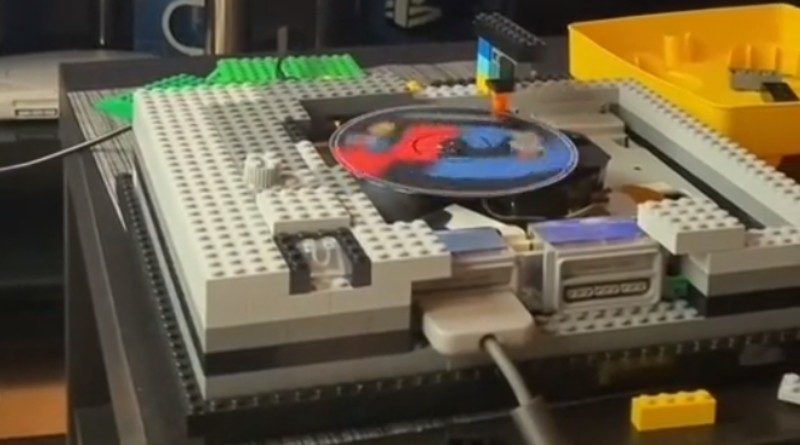 A builder in the UK has decided that 71374 Nintendo Entertainment System wasn’t quite functional enough and is on a quest to make a working LEGO PlayStation.

Anthony John Clarke has been documenting every step of the journey so far on TikTok which begun with finding the old console in a car boot sale.  The process began by removing the electronics from the original plastic shell, upon which they could be repaired and cleaned before finding a new home.

That new home would come in the form of a LEGO case, made entirely from bricks and still retaining some of the required functions from the older plastic case. These include cable organisation and two receding buttons, but that was only the first stage of the process.

One of the most recent uploads on his account documents that the brick-built shell is taking shape, but that more grey bricks are needed to replicate the uniform look of the original. However, the disc is now covered by pieces as the first stage of sealing the inside of the console completely is done. The builder mentions that more parts are on the way, including hinges, meaning the project is still some time away from completion.

While it’s not a finished build, this LEGO Playstation still manages to function in the same way that a normal version would, thanks in no small part to the electronics. This isn’t the first time the LEGO Group and PlayStation have mixed with one of the more recent Spider-Man sets containing a minifigure-scale version of the console.