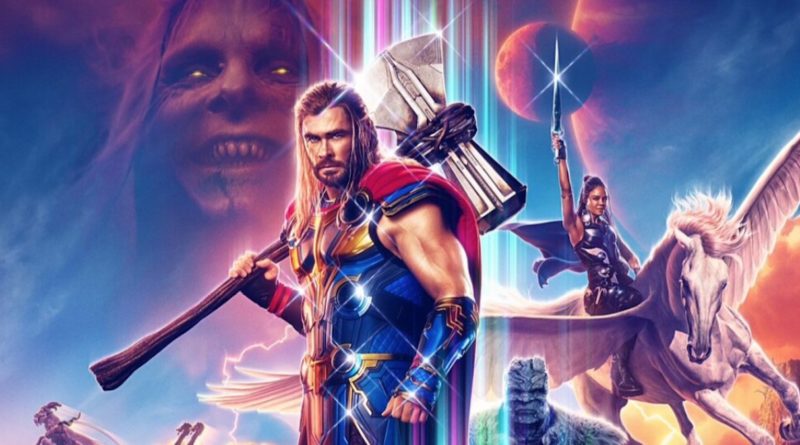 The Odinson will return to cinema screens from tomorrow when Marvel Studios’ Thor: Love and Thunder is finally unleashed.

The last time we saw the big screen version of Thor, he was heading off to explore the universe together with the Guardians of the Galaxy at the conclusion of Avengers: Endgame. That was back in 2017 and now cinema audiences will finally have the chance to find out what the Odinson has been up to and where his epic adventures will take him next.

Marvel Studios’ Thor: Love and Thunder lands early in some cinemas from tomorrow, July 7. Directed by Taika Waititi (who also helmed Thor: Ragnarok), the fourth standalone movie to feature the Prince of Asgard sees the return of Chris Hemsworth as Thor once again. This time around the Odinson is reunited with his former love, Jane Foster (played by Natalie Portman), now wielding a re-forged Mjolnir and calling herself the Mighty Thor, as well as his rocky alien pal, Korg (voiced by Waititi).

Together the heroes must combine their powers to stop the villainous Gorr the God Butcher, played with what looks like plenty of scenery-chewing by former Batman, Christian Bale. Also starring in Thor: Love and Thunder is Russell Crowe as Zeus, suggesting that a number of other deities may also appear in the MCU film. Expect to stick around after the movies has ended for the now obligatory multiple end credit sequences.

The LEGO Group currently has two sets available that tie-in with Thor: Love and Thunder, 76207 Attack on New Asgard and 76208 The Goat Boat.