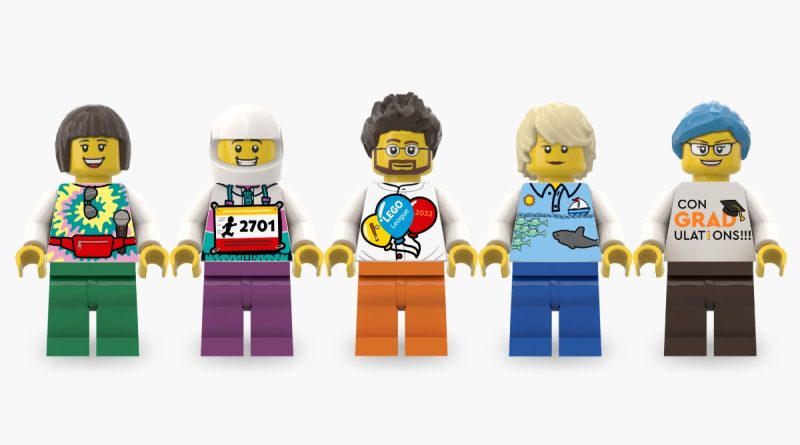 With the launch of the LEGO Minifigure Factory beta, there are now three custom LEGO experiences currently in development.

The idea of being able to create and order customised LEGO minifigures online might already be exciting enough, but the various experiences being trialled and tested around the world give us an idea of how much we’ll be able to personalise our pieces online and in-store.

From Build a Minifigure to LEGO Tile Studio, these are three custom LEGO experiences that are currently in development. Note that all are in beta or a similar stage.

In April 2022, Build a Minifigure online launched in beta, allowing you to create at least three minifigures using a curated selection of elements. You can even add on extra minifigures for a small amount, each with five parts including one accessory. At the time, this was an experience that had previously been available in packs of three in LEGO stores but adding it to the online store makes it more accessible for those who aren’t near a shop.

LEGO Minifigure Factory was launched after Build a Minifigure with in-store stations that printed custom designs on your minifigure while you watch. You could pick from a variety of designs and additional parts for dressing up the minifigure. Adding this experience to LEGO.com not only makes it more accessible but it’s a lot easier to get your custom designs exactly right by using a mouse to move the assets around and resizing them rather than using your fingers on a touch screen.

Not yet online or even in most stores is LEGO Tile Studio – an experience that was tested in the Amsterdam store in April 2022. At the time, Instagram user donstuffs – who was selected to trial the experience – documented that it cost €7.99 and for that price, you could customise three pieces with backgrounds, text and other designs.

It’s possible that LEGO Tile Studio has changed since this initial pilot and it has not been confirmed to be widely released since it ended. However, the same Instagram user has reportedly been told by employees at the Amsterdam store that they expect it to be back later this year for a real launch, which seems likely to be in-stores only at first. This information has not been officially confirmed and should be taken with caution.