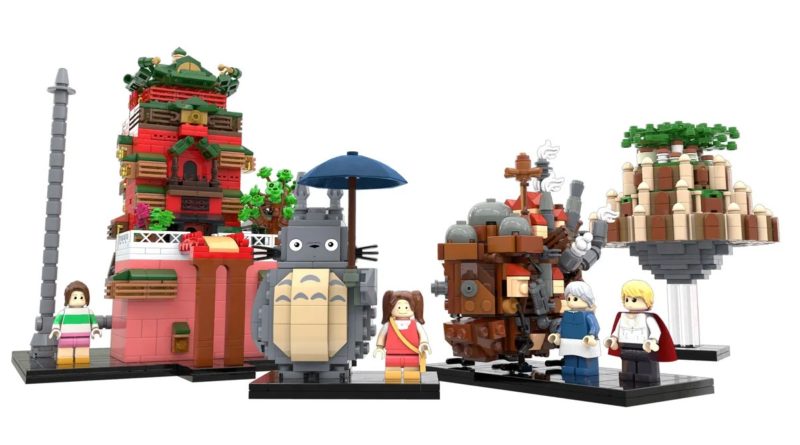 From another rocket model to builds exploring the animated worlds of Studio Ghibli, numerous LEGO Ideas submissions have recently made their way to 10,000 supporters, introducing two new members into the 10K club.

Soyuz Rocket from The Half Blood Baron features a space-centric model based on the Russian spacecraft, which is also the oldest rocket still in use to this day.

LEGO Ghibli from yop1172 features four dioramas based on popular movies from Studio Ghibli. The locations and characters of Howl’s Moving Castle, My Neighbor Totoro, Castle in the sky and Spirited Away are all captured in bricks and minifigures.

Rounding out the trio is Baba Yaga from Artem Biziaev, who has submitted this build before and watched it reach a previous review stage after getting 10,000 supporters in just one day. This time, the model took around a month and a half to pass into the next phase.

Here’s every LEGO Ideas project in the third 2021 review so far, with 22 models making up the round: