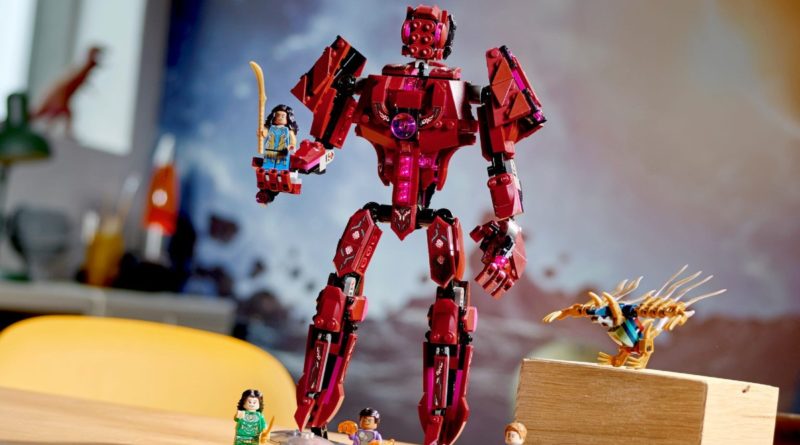 Eternals has now been released in cinemas as the latest chapter of the Marvel Cinematic Universe, and there are a few more sets we need from it.

Four LEGO Marvel Eternals models are available now, with the film’s premiere meaning that we can finally see how accurate they are, and what moments have been left out of the creations.

After seeing the film, there are three more scenes that we can think of that would make great LEGO sets, which means that this is your final warning for major spoilers for Marvel Studios’ Eternals.

Starting with the final moments of Eternals, the emergence of Tiamut is the climactic closing confrontation for the movie between the remaining team and their former allies.

Taking place on a volcanic island, the moment where a portion of Tiamut has emerged from the ocean while Ikaris tries to fend off the other Eternals could make for a visually unique model with a build that references the design of the other brick-built celestial in 76155 In Arishem’s Shadow.

Dane Whitman may not have a starring role in Eternals, but his presence in the end credits scenes suggest that he may have a larger role to play in the MCU.

A way to give Dane Whitman a minifigure while still tying into Eternals would be to represent the London battle between Sersi, Ikaris, Sprite, Dane and a Deviant. Seeing the designers approach the London bus being transformed into petals could make for an interesting function too.

While 76154 Deviant Ambush! does depict a scene from the Eternals’ time in Babylon at the beginning of human history, the blue-walled city can only be seen on the box art but in the film, it was large enough to house the source starship for 76156 Rise of the Domo. Integrating a small portion into 76154 Deviant Ambush! could have allowed a reference to the expansive city while also avoiding designing a third larger model for the movie.