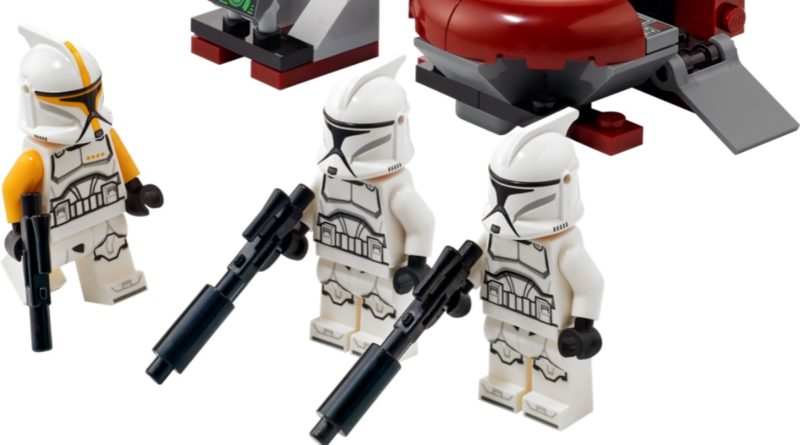 A trio of LEGO Star Wars 2022 sets has missed their scheduled launch date in the US including the new Clone Trooper and Hoth battle packs.

40539 Ahsoka Tano, 40557 Defence of Hoth and 40558 Clone Trooper Command Station were not like the other three LEGO Star Wars sets that launched worldwide on January 1, 2022, on the US online store. All three have yet to go live in the region despite the new year having already begun with no word on when they might be available.

All three Star Wars sets are temporarily out of stock in the UK and Europe after stock for them went live as soon as January 1 arrived. Anyone in the US wanting to order them will have to wait for them to be available on the official online store or check physical LEGO retail locations for stock.

The reason for the delay is unknown as their launch in other regions suggest that a quality issue did not affect their release like the cancelled or delayed LEGO Marvel mechs. It may be that the LEGO Group wishes to get more stock ready for a launch in the US to manage the potentially higher number of orders in the region compared to others. However, this has not been confirmed.

While the US has yet to see the launch of 40539 Ahsoka Tano, 40557 Defence of Hoth and 40558 Clone Trooper Command Station, anyone else around the world can buy them as soon as they come back in stock as part of the LEGO Star Wars 2022 range.

While you wait, we’ve got reviews of all three sets on the following links – 40539 Ahsoka Tano, 40557 Defence of Hoth, 40558 Clone Trooper Command Station – and a LEGO Stock Alerts tracker to help you stay up to date on when they are ready to buy.