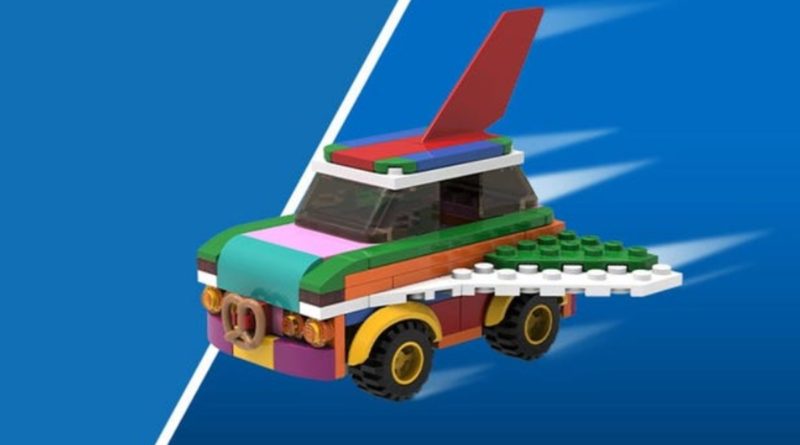 Another offer on the official online LEGO store is about to end as the opportunity to get a free Rebuild the World Flying Car set is due to close soon.

LEGO VIP members making their next order on LEGO.com before the day is over can still get 5006890 Rebuildable Flying Car added to their basket at no extra cost, with the option to turn it into three alternate models.

The build itself depicts a colourful car of a variety of hues with a pair of angular wings and a tailfin on top that allows it to fly. Inside is room to fit at least one minifigure and once you’ve had enough of the winged vehicle, it can be rebuilt into three other creations. These include a street food cart, luggage/travel bag and a trolley, with instructions for the car provided and inspirational images included for the optional trio.

This offer began for VIP members only earlier in the week but is ending on October 24. There’s no telling if the set will return similar to other offers so it might be wise to get an order totalling £120 / $120 / €120 or more should you wish to add 5006890 Rebuildable Flying Car to your collection.

There are several builds of all sizes and prices retiring by the end of the year on the official online store, which might be just the excuse you need to qualify for the Rebuild the World promotion. LEGO Star Wars 75192 Millennium Falcon also just came back in stock which would be enough for the promotion as the most expensive set ever made. You can find out why you should still be interested in the model in 2021 here.