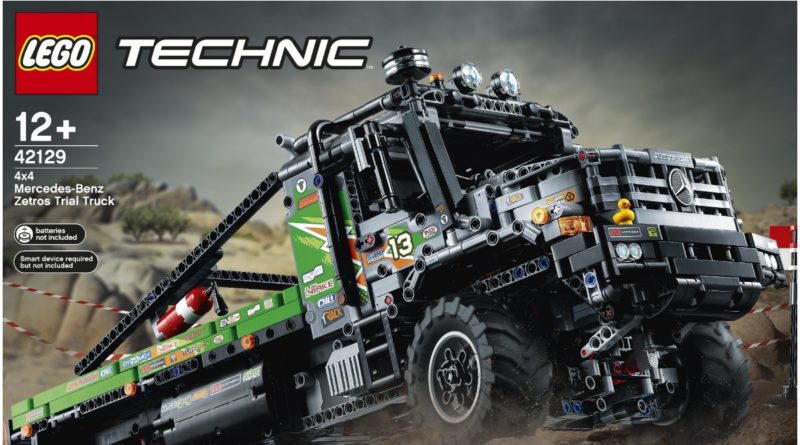 With a number of impressive deals on at Zavvi right now, we’ve highlighted the biggest discounts by percentage in the current Zavvi LEGO sale.

Online retailer Zavvi is offering some major discounts on a wide range of LEGO sets. With a mix of both recent releases and older products – some of which are retiring this year – it’s the perfect time to pick up some bargains from your wish list.

These are the five LEGO sets on Zavvi with the biggest discount at the moment. While they aren’t necessarily the cheapest LEGO products on the website, they do offer the biggest saving over the RRP.

The LEGO Super Mario theme has proven an unexpected success, allowing fans to guide a bespoke Mario figure around custom-built LEGO courses. A year later, Mario’s little brother appeared in the theme. 71387 Adventures with Luigi offers a starter set with the man in green, as well as a Yoshi, a Bone Goomba, a Boom Boom figure and a range of course parts. Luigi has also earned his own collection of Luigi’s Mansion sets, which mimic the ghost-catching gameplay of the original video games.

If you’re a fan of Luigi, now is an excellent time to grab him in LEGO form. He’s currently on sale at Zavvi for £29.99 – a discount of more than 45% over the original price. However, while he’s due to hang around for a while yet on shelves, his Luigi’s Mansion tie-in sets are all retiring this year. Make sure to act fast to avoid disappointment.

This LEGO set is one of the quirkier releases in 2021. Recreating the iconic trainer from the German sportswear brand, 10282 Adidas Originals Superstar features the impressive attention to detail we’ve come to expect from the LEGO Group. It also comes with real shoelaces – a rarity in any LEGO set.

At £49.99, this set is currently enjoying a 38% discount. Hotfoot it over to Zavvi if you’re interested, particularly as it’s due to retire by the end of this year.

LEGO Technic sets have been steadily growing more ambitious, and 42129 4×4 Mercedes-Benz Zetros Trial Truck is a fine example of that idea. The massive model is compatible with the LEGO Technic Control+ app, allowing you to drive it with the help of a smartphone. It also comes with several stickers, and even a rubber duck on the front bumper.

The electronic components of this set contribute to its relatively high full price, so any kind of discount is a welcome one. It’s currently available for £174.99, which equates to a 34% discount.

If you’re looking for a LEGO Technic set that’s more low-tech, this might be the one for you. 42126 Ford F-150 Raptor features an attractive orange colour scheme and good old-fashioned ‘hand of God’ steering on top. It also comes with other features like a working six-cylinder engine, full suspension on its wheels and a few stickers to provide fine detail.

At £84.99, the set has received a discount of 32% on the RRP. It’s sadly scheduled to leave shelves by the end of this year, so now is a great time to buy.

Nineties sitcom Friends is enjoying something of a revival at the moment, with its appearance on Netflix attracting a new generation of fans. The show has also earned two appearances in LEGO form. 21319 Central Perk is a loving recreation of the New York coffee shop; all six main cast members can be found here, as well as the shop’s manager, Gunther.

A product of the LEGO Ideas theme, 21319 Central Perk has proven a very popular LEGO set. It’s currently available for just £48.99 – a saving of 30% on the RRP. Of course – like the show itself – all good things must come to an end. It’s another set that’s scheduled for retirement by the end of this year, so don’t hang around if you want to grab it.

If you’re interested in buying any of these products, Zavvi only charges £1.99 to cover delivery costs. If you want things sooner, next day delivery is available for £5.99 in some regions of the UK. US delivery is also available from £3.99.

Don’t forget to head over to Zavvi via one of our affiliate links. It’s a great way to support the work we do here at Brick Fanatics.