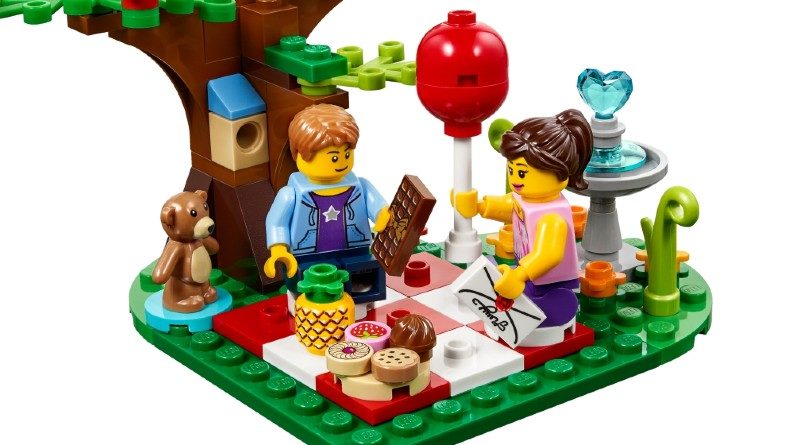 The LEGO Group has been home to many lovebirds over its history, so this Valentine’s day Brick Fanatics is ranking the top five minifigure couples.

Valentine’s Day is a time of love and a time of togetherness. Even minifigures have been getting involved with the action over the years, and the LEGO Group loves to offer an annual seasonal build such as this year’s 40462 Valentine’s Brown Bear. However, outside of the holiday, minifigures still spend time together and form lasting relationships.

Some of these minifigures and characters might go on to marry and maybe even more, and love has blossomed across a variety of LEGO themes, both licensed and non-licensed. Here are some of the most memorable minifigure couples.

There was simply no one else to start this list. NINJAGO fans will know the story of these two by heart, but for the unaware, this is the tale of how the elemental masters of lightning and water learned to love, and formed a lasting relationship over the past ten years. The two ninjas have faced many threats together with one season of NINJAGO devoted to showing their relationship bloom in the face of danger. Most recently the couple can be spotted on a date in 71741 NINJAGO City Gardens, which you can read our full review for.

Lord Vampyre was the antagonist for the Monster Fighters theme, with the vampiric villain obsessed with gathering the moonstones to bring an endless night upon the world. In an image from the Monster Fighters animation, uploaded to Deviant Art by the artist Robert King, Lord Vampyre is seen cuddling a moonstone in his chambers, with his wife not too pleased by the revelation. Unfortunately, this LEGO couple might not have the same chemistry now as they did hundreds of years ago, but perhaps the Monster Fighter’s win convinced the Lord to spend a little time with Lady Vampyre instead.

3 – The LEGO Movie – Emmet and Wyldstyle/Lucy

The dual stars of the blockbuster The LEGO Movie franchise are the next couple on the list and one of a few to have featured in movies. First appearing in the first of the two films, Emmet was rescued by Lucy, at that time only known as Wyldstyle who guided him with the piece of resistance to the rest of the master builders, eventually saving the LEGO world from a glue-fill fate. On the way the two learned to appreciate each others unique attitudes, from Emmet’s by-the-instruction-book thinking to Lucy’s wild and free personality. By the second movie, the two were a bonified couple and have featured in many LEGO sets together such as 70831 Emmet’s Dream House/Rescue Rocket!

2 – The LEGO Batman Movie – The Joker and Harley Quinn

Another famous couple is near to the top, with the legendary Joker and Harley Quinn forming an iconic bad guy duo. The two have had many LEGO appearances from the DC theme to the LEGO Group’s own iterations of the characters in the LEGO Batman Movie. The latter gave the company more opportunity to reinvent the characters and their relationship, with them being arguably more reliant and trusting on each other in the movie, always a good sign of a healthy relationship. In DC’s comics, Harley Quinn has also had a loving time with Poison Ivy when things may not work out with the clown prince of crime.

1 – LEGO Ideas – The archer and the blacksmith

Topping the list is the newest of the minifigure partners, but admittedly an unconfirmed couple. Two of the minifigures from LEGO Ideas 21325 Medieval Blacksmith appear to share the shop with a double bed, two chairs and an archery range making up the various furnishings of the blacksmith shop. In our review, we surmised that the two might be partnered but perhaps this couple simply works well together, with the archer promoting the shop on her various adventures while the blacksmith works hard to craft the next weapon she needs, always returning for a warm meal and companionship.

There are so many more LEGO minifigure couples from over the years that could have all featured in this list, but we’ll keep this short so you can get back to your partners, building or whatever else you have planned for the rest of Valentine’s Day.

You can help spread the love to us at Brick Fanatics does by purchasing your LEGO sets through one of our affiliate links.