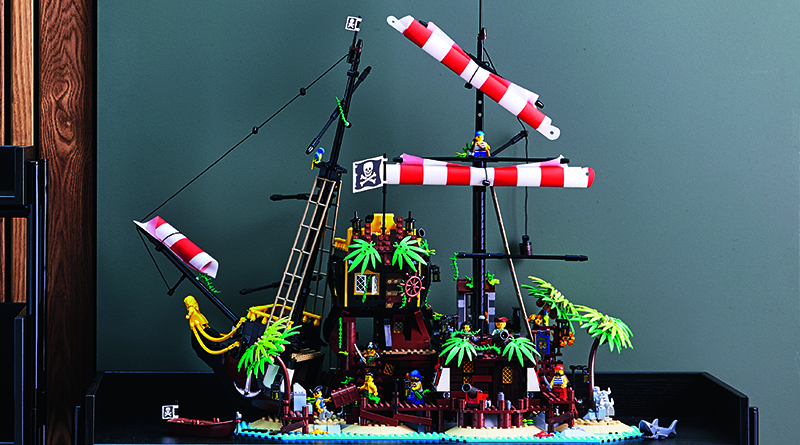 LEGO Pirates briefly returned last year with the release of 21322 Barracuda Bay, but so many other classic themes deserve a similar set so here’s five we’d love to see the LEGO Group take on.

LEGO Ideas 21322 Pirates of Barracuda Bay gave LEGO Pirates fans a second voyage to the fan-favourite theme but with so many other past themes to choose from, which could be next? Here are five themes that we’d love to see get the Barracuda Bay treatment.

LEGO Adventurers recounted the expeditions of Johnny Thunder, Pippin Reed and the rest of the team as they explored the LEGO world and the ancient secrets within it. From snow-capped mountains to an island of dinosaurs, there are plenty of options for locations when it comes to a singular large set.

One idea could be a mountain-top temple, like 7417 Temple of Mount Everest, which acts as a façade for an interior dungeon for the adventurers to trek through, avoiding traps and enemies as they go. As for minifigures, Johnny Thunder has remained in the hearts of fans to this day and it’s hard to see the LEGO Group leaving out any of the original iconic cast.

This theme simply couldn’t be left off the list and there’s only one set that could serve as inspiration for a singular, large build that could house the entire team and their mechs. 7709 Sentai Fortress released in 2006. It served as the main base for the team and featured a huge gate and a wall, but the LEGO Group of today can do better than that.

The obvious idea for a singular, large, modern-day Exo-Force set would be a remake of the original mech base, with a full perimeter wall and maybe the beginnings of Tenchii bridge. All the team’s mechs and minifigures would have to be updated and included, perhaps with their own docking stations. And we mustn’t forget some robotic foes to fight against.

You might be thinking that any idea here would be too similar to the Modular Buildings Collection of sets, but what if the LEGO Group instead tried to update the 2008 set 10184 Town Plan? The 2008 model was itself inspired by the 810 Town Plan sets and a modern-day version could see full interiors added to the buildings, and maybe bring a few more to the town.

A larger town plan set could even make use of the new LEGO City road plate system, printed with details to make the road more authentic. It’s not hard to imagine a set at the scale of 21322 Pirates of Barracuda Bay including at least five full buildings, potentially keeping the fuel station, cinema and town hall from the 2008 version.

The Studios theme remains one of the LEGO Group’s most unique ideas to date, with it revolving around the idea of making movies rather than simply portraying them. Unlike the modern-day selection of movie-based sets, they didn’t just include scenes from the films, but the people behind the camera too.

A singular, large set to revisit the Studios theme could be a giant sound stage, an expanded 1349 Steven Spielberg Moviemaker set of sorts. The inside could be a mid-sized but detailed movie scene that could be swapped out for scenes of different movie genres. There could even be a set of green bricks to reference modern movie-making techniques.

Any fan of LEGO likely knew that this theme would top the list but a huge revisit to Classic Space might not be as impossible as it seems. The original 1984 Space theme has already seen revisits with minifigures and characters such as Benny from The LEGO Movie who inspired multiple space-adjacent sets as part of the theme.

A larger set could take direct inspiration from 21322 Pirates of Barracuda Bay, with it appearing to be a blue space station with yellow windows similar to 6971 Inter-Galactic Command Base situated in a crater. However, when different modules of the station are rearranged it could form a giant 497 Galaxy Explorer, with room for all of the colourful astronauts.

More revisits to classic LEGO themes might be closer than fans think with a Castle-inspired project currently in review at LEGO Ideas. With the popularity of 21322 Pirates of Barracuda Bay continuing well past launch, it may be that the future of the LEGO Group is in its past.