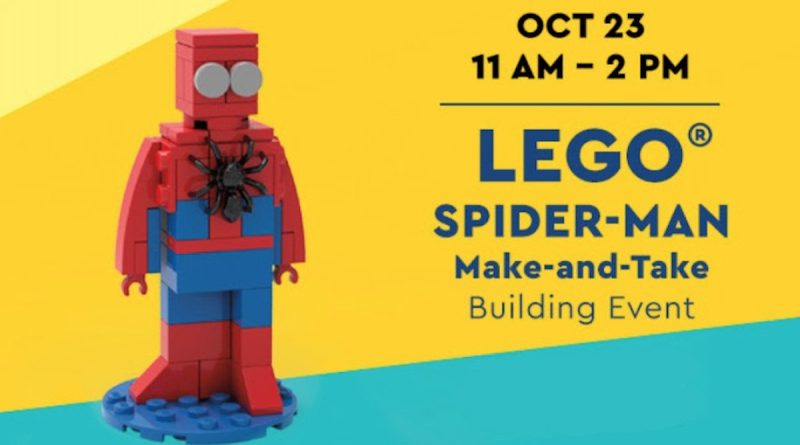 A new LEGO Spider-Man promotional model has been revealed thanks to a recent Make and Take event held at Canadian Toys R Us stores.

With multiple LEGO events being held this week at official stores worldwide and Smyths Toys locations in the UK, it should come as no surprise to learn that other retailers are having their own Halloween promotional pushes. This includes Toys R Us stores in Canada which recently hosted a special Make and Take event that offered visitors the chance to pick up a brand-new LEGO Marvel model.

Customers dropping into participating Canadian Toys R Us branches on October 23 could join in with this year’s Bricktober 2022 celebrations and grab a free LEGO Spider-Man model. The 43-piece brick-built character offers a unique take on the web-slinger, one that’s very different from other iterations of Peter Parker’s alter ego.

The LEGO Spider-Man model has yet to appear as a promotional offer in other territories so far, suggesting the set may be limited to just Toys R Us stores in Canada for now. Likewise, the LEGO Marvel build has yet to pop up on the secondary market, so there’s no knowing how much the set may ultimately cost any fans looking to add it to their collections.

The recent Bricktober 2022 promotion at TRU stores in Canada also resulted in one of this year’s exclusive sets launching in that region, with Space Adventure Ride available with purchases of $80 or more. The hand-powered crank mechanism model is packaged in a special box that also includes instructions for assembly, a comic activity sheet for younger builders and two hair pieces for the astronaut minifigure.