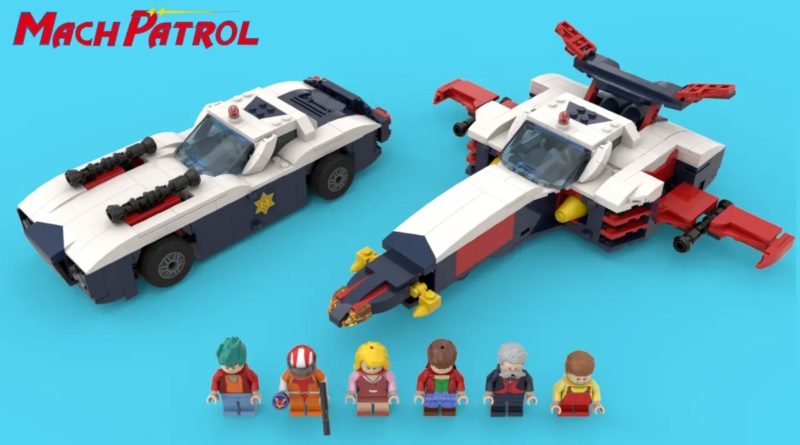 A transforming LEGO Ideas project based on Invincible Steel Man Daitarn 3 has reached 10K supporters, passing it into the first 2022 review.

LEGO Ideas user Mitsu-san78 has joined the 10K Club as their Mach Patrol model has hit the required 10,000 supporters it needs to be considered for a future set. The build depicts the police cruiser seen in the Invincible Steel Man Daitarn 3 anime which can transform from the Mach Patrol into the Mach Attacker.

The transformation feature is the main attraction of the build, with no elements needed to be removed during the process as demonstrated in the video below.

Six minifigures are also suggested to be included, depicting the cast from the anime and one character in an alternate costume.

This is just the latest project in the first 2022 review, and you can take a closer look at each of the other submissions by clicking on the following links as the latest round continues to grow: