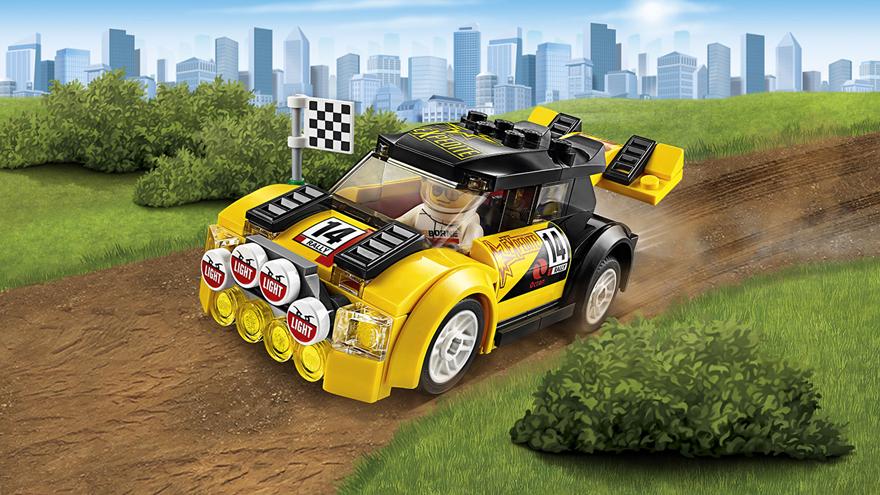 The press packs continue this week with more on the new LEGO City sets. First up is a look at the latest in the Great Vehicles sub theme. Collect and build a world you can explore with LEGO® City Great Vehicle sets

Rally Car (#60113 RRP £7.99)
Hop in the LEGO® City Rally Car and buckle up! Featuring a spoiler on the rear that adjusts and a black-and-white checkered flag, the possibilities for fun are endless in LEGO® City. The set comes complete with a race car driver minifigure.

Race Boat (#60114 RRP £7.99)
Take the lead and win the race behind the controls of the LEGO® City Race Boat. Featuring a streamlined design, removable cockpit windshield and big engine, the set includes two buoys and a race boat driver minifigure.

4×4 Off Roader (#60115 RRP £17.99)
Check under the hood of the LEGO® City 4×4 Off Roader so it’s ready for the big desert race. Features a removable spare tyre, tool wagon, gas can and other accessories. The 4×4 Off Roader includes a mechanic and race driver minifigure.

Garbage Truck (#60118 RRP £17.99)
Help keep LEGO® City clean by emptying bins behind the wheel of the LEGO® City Garbage Truck. The truck features a lift for picking up containers, rubbish, a container that tilts to open and empty, a broom and other accessories. The set comes complete with a driver and a garbage collector minifigure.

Ferry (#60119 RRP £24.99)
Get ready for another exciting day in LEGO® City! Hop in the car and head to the port. Lower the gate and drive onto the Ferry and then help the captain set sail. Featuring opening gates and a space above the deck for the captain to pilot the boat, this comprehensive set includes two fire extinguishers, a mug, a phone and a businessperson and ferry boat captain minifigure.

All available at retailers nationwide now!

For real City fun and games visit LEGO.com/City or search for the My City App (available on IOS and Android).