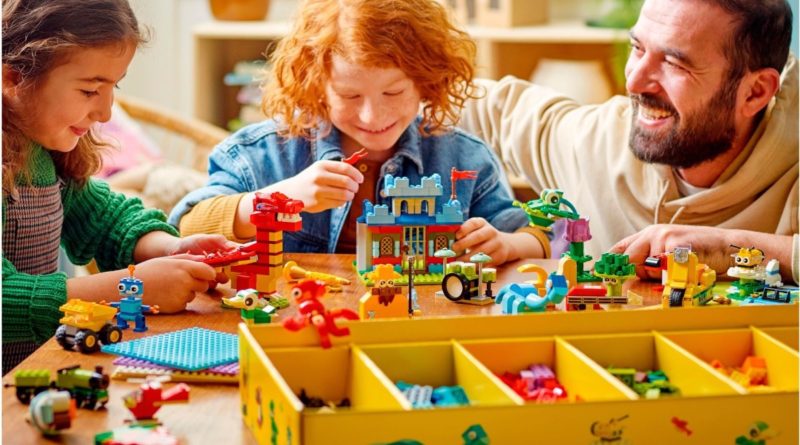 Another two LEGO Classic sets are on the way this summer, and they both break the record for the theme’s most expensive sets to date.

That’s not to say you won’t be getting value for money across 11020 Build Together and 11022 Space Mission, because – presumably by virtue of mostly including basic bricks – the price-to-piece ratio on these sets, as with most Classic launches, is fantastic. But the current portfolio of LEGO Classic sets tops out at £59.99 / $69.99 / €69.99 for 11717 Bricks Bricks Plates, and both new sets go above and beyond even that price tag.

11022 Space Mission includes exactly 1,700 pieces geared around space-themed builds, in a variety of interesting colours. (Teal and dark pink spaceships – anyone else getting The LEGO Movie 2 vibes?) There are guides for 10 different builds in the box, but of course the point of LEGO Classic products is coming up with your own models using the bricks provided. It’s LEGO at its purest.

11020 Build Together, meanwhile, claims the crown for the most expensive LEGO Classic set of all time – but actually only includes 1,601 pieces, which is 99 fewer than 11022 Space Mission. That inflated price tag is likely driven by its five large 16×16 plates, its sorting box, and its instructions for four different standard builds.

Check out all the info and images for both new LEGO Classic sets below.

Both of these sets will launch on June 1 in the UK and Europe, but their release is staggered in the US: 11022 Space Mission will take off on July 1, before 11020 Build Together joins it on August 1. For an more immediate LEGO Classic fix, the 90th anniversary set 11021 90 Years of Play is available now worldwide. Check out our review of that set here.