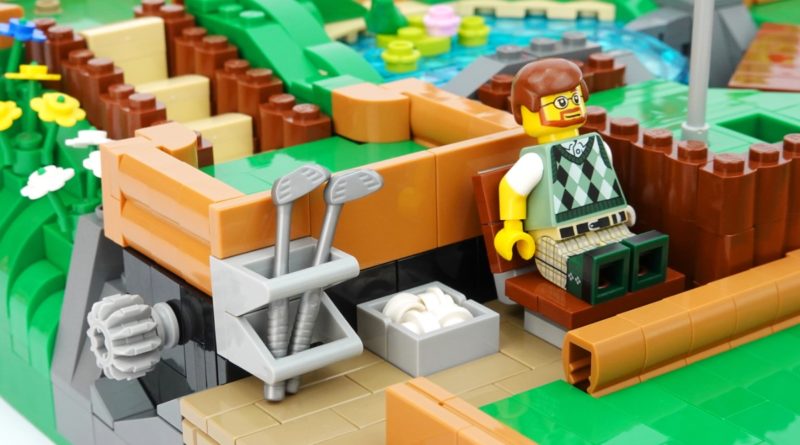 Two LEGO Ideas 10K projects have missed out on a shot at becoming an official LEGO set for a second time in the LEGO Ideas x Target poll.

Brick Dangerous’s Marine Life and LEGOParadise’s Working Mini Golf Course were both in contention in the one-off LEGO Ideas x Target poll to find a future Ideas set, along with BrickHammer’s Viking Village. All three of those projects reached 10,000 votes on LEGO Ideas, but were ultimately rejected in the review stage.

The same fate has now befallen Marine Life and Working Mini Golf Course in a public vote, which gave the community the power to decide which of the three builds would become a future LEGO Ideas model. BrickHammer’s Viking Village pulled away with a huge majority of the vote share, leaving the other two projects to linger in the annals of rejected 10K submissions once again.

It’s bad news for the builders behind those projects, both of which would likely have made fine LEGO Ideas sets. But they shouldn’t feel too hard done by – both builds racked up their fair share of support from the LEGO Ideas community, with the final votes tallying as follows:

The support shown for both of those models (particularly the Working Mini Golf Course, which gathered more votes than required for a LEGO Ideas project to reach the review stage) could yet see the LEGO Group decide to produce them anyway – you never know – but for now, only BrickHammer’s Viking Village will enter production.

Click here for a closer look at the Viking Village.