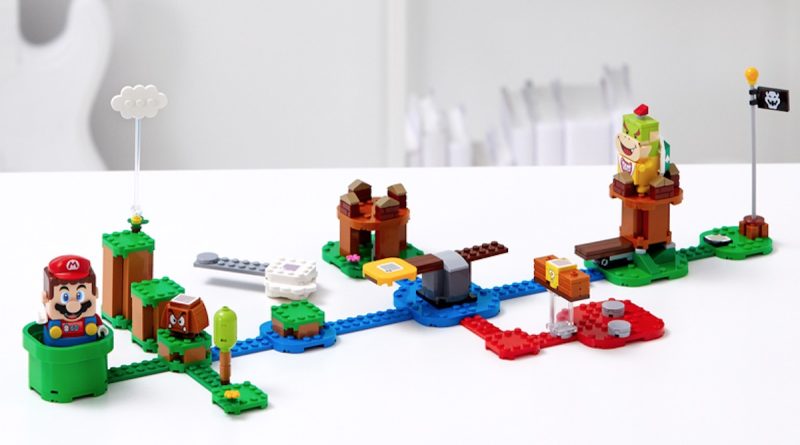 Double VIP points are currently available on two LEGO Super Mario sets, depending on which region of the world you’re in.

With the latest wave of LEGO Super Mario sets having launched this week, fans of the video game theme are spoilt for choice when it comes to choosing which product to pick up next. However, if you’re looking for some inspiration regarding future purchases, then the LEGO Group has offers on a couple of sets that might be of interest.

Those in the UK and Europe can now earn double VIP points on 71360 Adventures with Mario Starter Course. This offer is available until August 31 (while stock lasts) and is a great way of starting your LEGO Super Mario collection, with the Nintendo set retailing for £54.99 / €59.99.

Of course, you might want to hold off on making any purchases until August 8, when a new promotional gift-with-purchase set is rumoured to become available. According to a previous report, you’ll apparently be able to add 30509 Yellow Yoshi’s Fruit Tree free to orders of LEGO Super Mario sets over $40, with the offer said to be available until August 15.

In fact, if you wait until next week, you might actually be able to pick up three GWPs by spending $150 on LEGO Super Mario sets. In addition to the rumoured 30509 Yellow Yoshi’s Fruit Tree, another potential GWP is said to be dropping tomorrow in the shape of 40515 Pirates and Treasure VIP Add On Pack. The set is reported to be free to VIP members who spend over $50 on LEGO sets.

Throw in 40567 Forest Hideout, which is currently available as a free GWP in the UK and Europe with purchases above £150 / €150 until August 14 (or while stocks last), and you’re looking at a pretty decent haul overall.

Do note though that all rumoured sets remain pure speculation for now until confirmed by the LEGO Group, so do adjust your expectations accordingly.