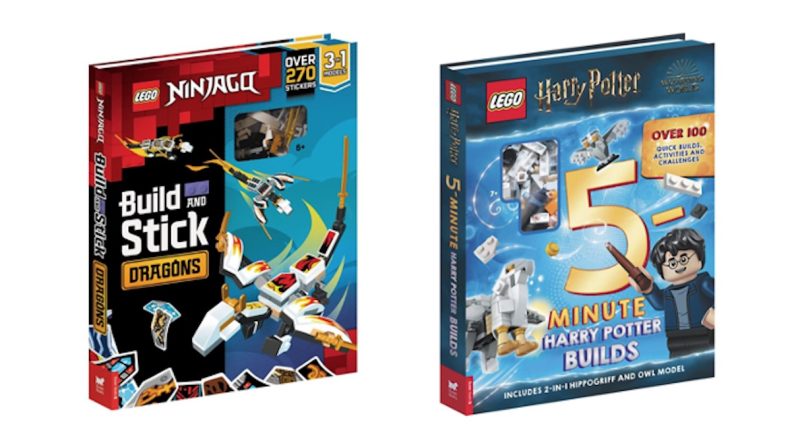 Two new LEGO print titles will be launching on September 29 from publisher Buster Books. These include the 96-page LEGO Harry Potter: 5-Minute Builds and the 48-page LEGO NINJAGO Build and Stick: Dragons.

Both titles include plenty of ideas for constructing multiple models, as well as activities and challenges for younger readers. LEGO Harry Potter: 5-Minute Builds comes with 65 LEGO elements for making a 2-in-1 Hippogriff and Owl model, although sadly no exclusive LEGO Harry Potter minifigures are included with the title. The idea behind the book is primarily to encourage builders to make both models (and their own creations) using just a handful of pieces within a few minutes.

In addition, LEGO NINJAGO Build and Stick: Dragons offers readers enough pieces with which to build their own Elemental Dragon, plus over 260 reusable stickers that can be used to customise their fearsome creation. There are options for decorating the model as a fire, earth, ice or lightning beast, depending on which element is chosen.

LEGO Harry Potter 5-Minute Builds and LEGO NINJAGO Build and Stick: Dragons will both be published tomorrow and have an RRP of £18.99, although many retailers are already offering the books at a discounted price.