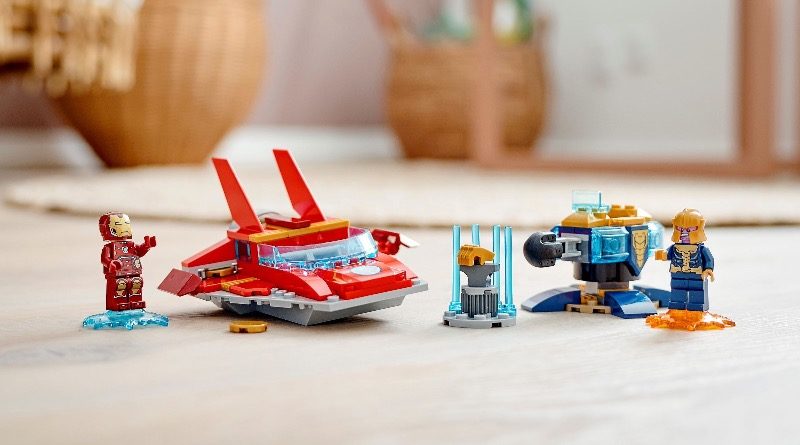 The LEGO Group has drawn loosely on Avengers: Endgame and Spider-Man: Into the Spider-Verse for two new Marvel sets that have just launched at LEGO.com.

Nobody could accuse 76170 Iron Man vs. Thanos of being too faithful to the epic finale that was Avengers: Endgame, because we don’t really remember Tony Stark flying around in a jet while the giant purple thumb that is Thanos shot him with a cannon.

But that’s absolutely fine, because this brand new 4+ set is actually just a generic LEGO Marvel set intended to bridge the gap between DUPLO and System for the LEGO Group’s youngest fans, who probably aren’t thinking too hard about the narrative complexities of the Marvel Cinematic Universe anyway.

It’s one of two LEGO Marvel sets that have just arrived on the official online store, acting as the second half of a splintered winter wave. The other is 76175 Attack on the Spider Lair, which takes the notion of Peter Parker having his own Batcave (as glimpsed briefly in 2018’s sublime animated movie Into the Spider-Verse) and runs with it.

As we’ve noted in our review, it’s unfortunately mostly running in the wrong direction, but there are at least two reasons to pick it up – even if they’re both just exclusive minifigures. Use the links below to navigate to both sets on LEGO.com, or click through to our reviews.