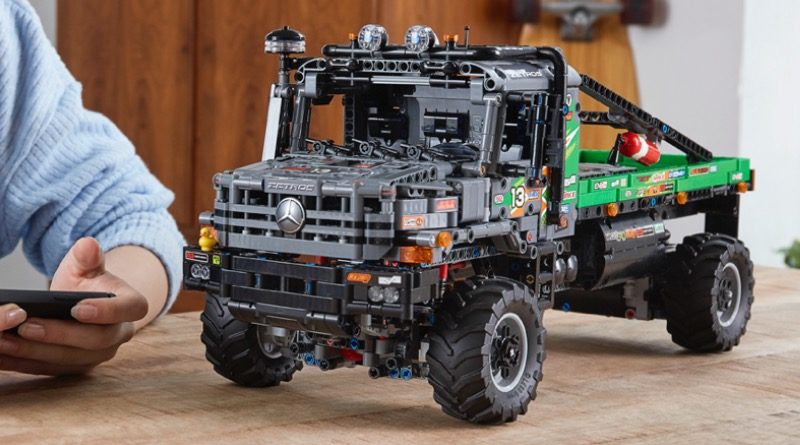 LEGO Technic is expanding its complex automotive offerings this summer with two new sets including a huge, remote-control build.

LEGO Technic 42129 4×4 Mercedes-Benz Zetros Trial Truck is one of a duo of models releasing today on the official online store and is the latest in a range of Technic builds that be fully operated via the CONTROL+ app.

Using the free CONTROL+ software, you can drive the LEGO 42129 4×4 Mercedes-Benz Zetros Trial Truck up almost any incline, including a propped-up skateboard as depicted in the official image below. This is done through the set’s Bluetooth-enabled hub and motors, living up to the Technic name through the complex construction.

The usual details that can be found in LEGO Technic sets can be found in 42129 4×4 Mercedes-Benz Zetros Trial Truck too, with fire extinguishers, flag markers, and race-themed stickers. Aside from it being remote-control, the LEGO Technic model also features functions such as opening doors and hood and working suspension in a package costing  £274.99 / $299.99 / €299.99.

This is the full list of new LEGO Technic sets now available on the official online store:

The features of the LEGO Technic models don’t stop in the builds though, with one of the new creations revealing an individualised AR function found within the CONTROL+ app.