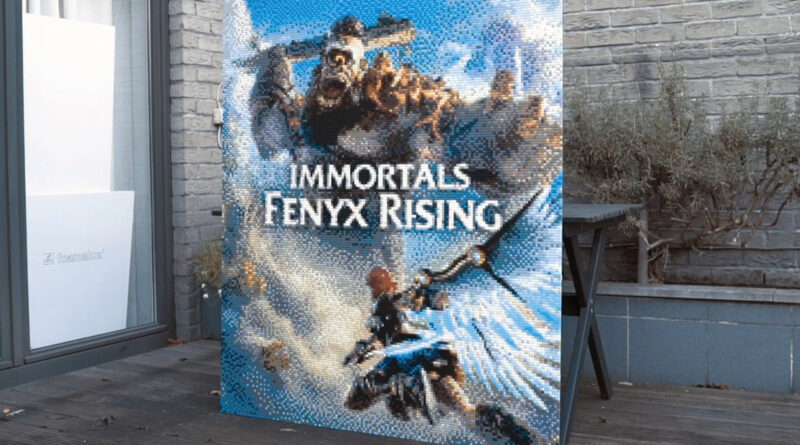 To celebrate the release of the Immortals Fenyx Rising video game, Ubisoft has teamed up with a LEGO artist to create a massive mosaic – and they’re giving it away.

Belgian gamers have the opportunity to win a one-and-a-half-metre tall LEGO mosaic to celebrate the release of Immortals Fenyx Rising. The mosaic was made by none other than LEGO Certified Professional Dirk Denoyelle.

The mosaic depicts the game’s main poster and is made up of 30,000 studs on baseplates, all glued to a non-LEGO base for display. Belgian fans have the chance to win the mosaic by purchasing the game through MediaMarkt between December 3 and December 31. This competition is unfortunately only open to those in Belgium, but the rest of us can admire the mosaic in this video from MediaMarkt.

Dirk Denoyelle, the creator of the mosaic, has completed LEGO art commissions for various clients before with some of his builds being displayed in an exhibition in 2018. The video shows the process for Ubisoft’s mosaic creation, including numbering specific pixels of the poster, similar to how the LEGO Art sets are built.

It should be noted that this collaboration was only with the LEGO Certified Professional and not the LEGO Group, but fans of LEGO and gaming are sure to delight in this build.

If you a fancy building a mosaic of your own, look no further than the new LEGO Art sets, including mosaics such as 31199 Marvel Studios Iron Man. More LEGO Art sets are on the way next year, including 31201 Harry Potter Hogwarts Crests.