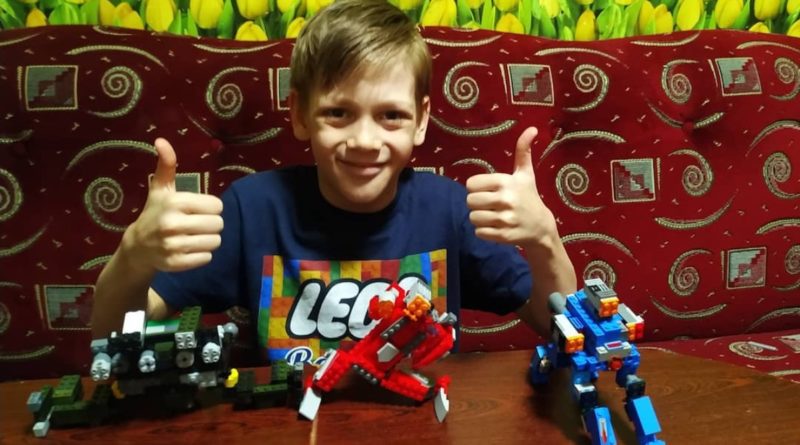 LEGO fans around the world have responded to pleas from a father who was forced to leave his son’s LEGO collection in Ukraine.

Russia’s invasion of Ukraine has led to the displacement of more than 10 million people, four million of whom have left the country for neighbouring Poland, Romania, Moldova, Hungary, Slovakia and Belarus. Some have gone as far as Ireland, meanwhile, where multiple Facebook groups have been established to support Ukrainian refugees.

Among the posts in those groups earlier this week was a request from Igor Sidorov, who asked if members of the ‘Help Ukrainians in Ireland’ community could send spare LEGO bricks to the hotel where he and his family are staying in Galway.

“A family from Ukraine needs help,” his post reads. “My eldest son is engaged in the creation and construction of various LEGO toys on a semi-professional level without instruction. He is a very clever boy. War changed all. We left all our LEGO in Ukraine. We need any LEGO, any size and colour, in any quantity. Everything is just for the development of the child!”

Sidorov’s son Andrey is active in the LEGO community across social media, with nearly 7,000 followers on Instagram and more than 500 subscribers on YouTube, where he’s known as LEGO Boy Star. And across both the comments on his social channels and Sidorov’s original post on Facebook, LEGO fans have turned out in force to come to the family’s aid.

While more than 100 responses have been left on the initial Facebook post, fans from all over the world are now trying to send LEGO bricks to Sidorov and his son through comments on his Instagram posts – some from as far away as Canada. Others have reportedly ordered sets directly through LEGO.com in Ireland, to be delivered to the family at their hotel.

Sidorov told RTÉ that he and his son have already received their first donations: “He is delighted. He will start with something simple, but very important. He will make the flag of Ireland – this truly great and beautiful country.”

The LEGO Group has donated £12.3m to support relief efforts in Ukraine, while a third-party retailer has also raised $145,000 for charity by selling minifigures of Ukrainian president Volodymyr Zelenskyy.