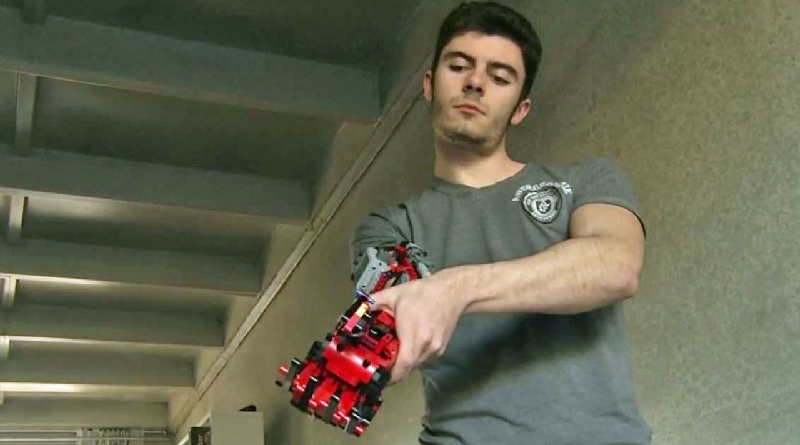 A teenager in Spain has used LEGO bricks to construct a new prosthetic arm for himself, his fourth iteration of the robotic limb.

David Aguilar is a LEGO fan from Andorra, Spain, and was born with a genetic condition that means he is missing his right forearm. Last year, he made headlines around the world due to his unique prosthetic arm. He is now on his fourth version of a multi-coloured LEGO prosthetic that he constructed, which he hopes to be able to use as a prototype to develop affordable robotic limbs for those in need of them.

“As a child I was very nervous to be in front of other guys, because I was different, but that didn’t stop me believing in my dreams,” 19 year old Aguilar, who is studying bioengineering at the Universitat Internacional de Catalunya in Spain, told Reuters.

After feeling different himself, he intends to help others by providing prosthetics. “I would try to give them a prosthetic, even if it’s for free, to make them feel like a normal person, because what is normal, right?”