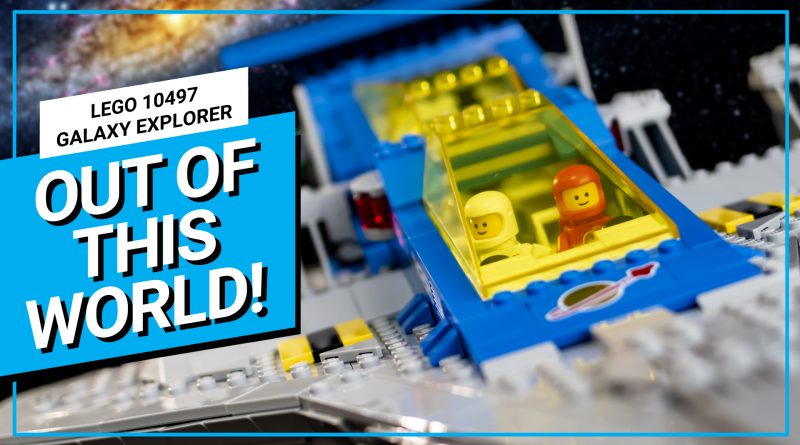 Travel through both space and time with Brick Fanatics’ latest video review, as we head for Planet 1979 with LEGO ICONS 10497 Galaxy Explorer.

We’ve fuelled up on nostalgia, strapped into the gleaming, trans-yellow cockpit and blasted off into the cosmos for the first 90th anniversary set launching in August, which reimagines the classic 497 Galaxy Explorer – originally released in 1979 – with 50% more heft in every dimension. Retro LEGO pieces have been recreated with brick-built solutions, astronauts have been given upgraded helmet straps, and Classic Space has been honoured across every single stud.

It’s as pure a celebration of one of the four core LEGO minifigure themes as you’ll likely ever see, all wrapped up in a box that calls back to the original set’s simple – but evocative – packaging. You’ll be able to get your hands on it from August 1 (and can already pre-order it in the US), but if that wait’s proving unbearable, feast your eyes on our latest video review below (or by heading over to our YouTube channel).

10497 Galaxy Explorer is the first of two flagship 90th anniversary sets launching next month, and will be joined a week later by 10305 Lion Knights’ Castle. You can check out our written reviews of both sets by hitting the links below: