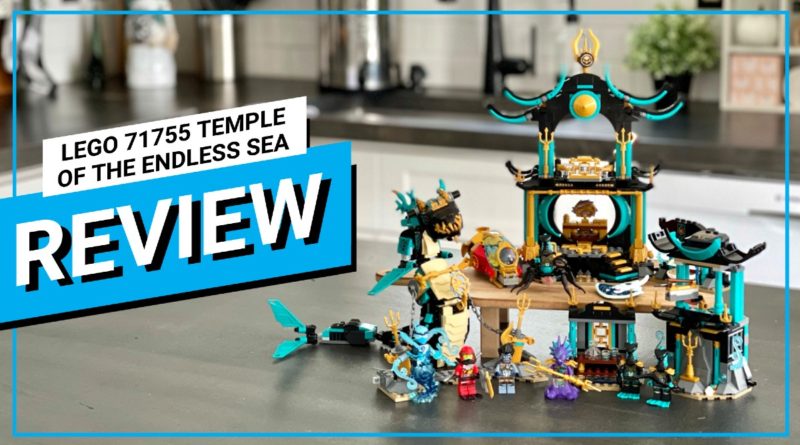 Dive into our video review for LEGO NINJAGO 71755 Temple of the Endless sea and watch as we explore the structure and the serpent within it.

LEGO NINJAGO 71755 Temple of the Endless Sea launched earlier this year as one of the largest sets in the Seabound wave, which took the team of ninjas into the ocean as they discovered long-kept secrets of the waters surrounding their island home.

Featuring 1,060 pieces and seven minifigures, one of which is exclusive, 71755 Temple of the Endless sea introduces a new colour scheme to NINJAGO models, but will the aquatic nature of it be its downfall, or enough to keep it afloat in a busy year for the theme? From the biggest build in NINJAGO to date to anniversary celebrations across minifigures, creations and more, 71755 Temple of the Endless Sea tries to chart a course to success through its characters and smaller details.

After you’ve watched our video review for the NINJAGO Seabound set, we’ve got more for you to explore such as a written tour of 71741 NINJAGO City Gardens and more videos on the Brick Fanatics YouTube Channel, including one answering your questions about Star Wars 75313 AT-AT.

The first 2022 sets for LEGO NINJAGO have just been revealed too, with the theme’s latest range exploring original concepts and ideas from the LEGO designers.